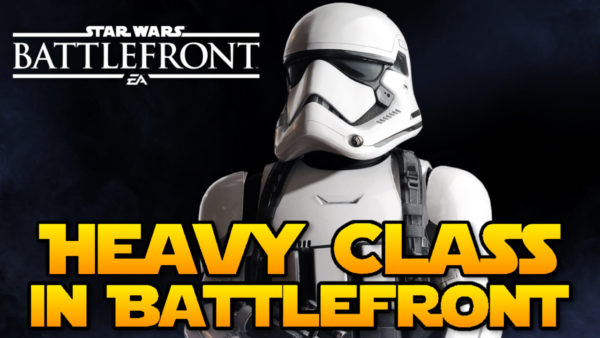 Ever since the announcement of classes at Star Wars Celebration 2017 and the showcase of the classes at EA Play, I have been interested to find a way to adapt my playstyle to suit the class I will be playing as most.

In this new series I will be re-creating the classes using star cards from the current Battlefront in hopes of getting myself and others used to the playstyle of their preferred class.

The Heavy class takes territory and dominates it, providing the foundation for a team position. They excel at suppresive fire, holding the line, and using brute force. It’s Star Cards include:

Combat Shield– a small shield that allows the user to fire their primary weapon through it. To recreate this I used the Personal Shield star card.

Sentry– Brings out a heavy medium ranged sentry gun. This ability drastically reduces movement speed. There are no abilities like this in battlefront so I decided to use the Bowcaster because of its high damage.

Barrage– This is a grenade launcher that allows you to shoot three grenades in any direction. To replace this I used the Barrage Star Card. 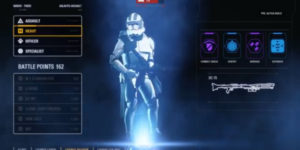 This Loadout will hopefully get players used to the playstyle of the Heavy Class.

Click on the thumbnail below to be taken to my video where I use this class: 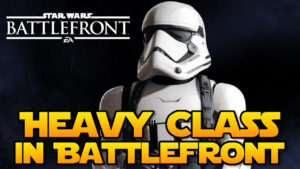 Battlefront II 101: How to Level Up

Lead epic Viking raids against Saxon troops and fortresses. Relive the visceral fighting style of the Vikings as you dual-wield powerful weapons. Challenge yourself with…