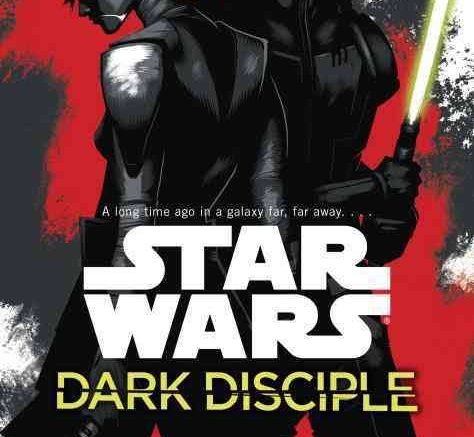 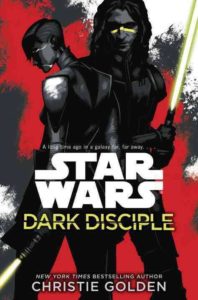 The Dark Disciple novel happens almost at the end of Clone Wars between 21BBY and 19 BBY. The Power of Count Dooku raised too much during the Clone Wars, the only way that the Jedi Council saw to put an end to the war was to finish him literally. Not the Jedi way, but a possible solution. What could be a better to combat the Dark Side if not with its own power?

Obi-Wan Kenobi has the mission to find someone to infiltrate into the Dark Side. A dangerous path. He suggests Quinlain Vos for the task. Vos must partner with Asajj Ventress, the ex-apprentice of Darth Tyranus (Count Dooku), so who better than Ventress to know the tricks of the Sith Lord.

Partening with Asajj was not an easy task, but with time Vos gains her confidence and she teaches him the secrets of the Dark Side. It was the only way to make it happen, becoming even more dangerous when feelings start to play a role in the game. Love, Lies and Betray.

I would give Dark Disciple a 9 of 10. You have the Star Wars action, lightsaber fights, the Force, love, intrigue – all good ingredients together. I would also recommend the audio book while waiting as it would make a good listen if stuck in a traffic jam.