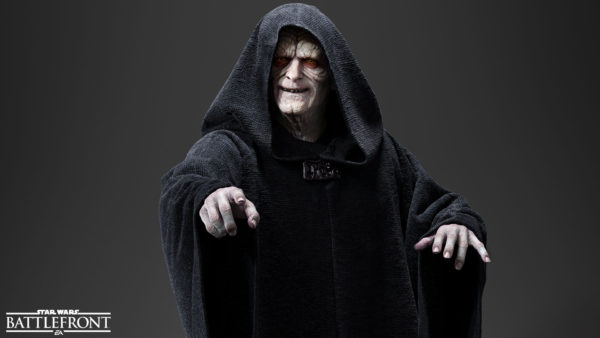 One of the game’s Legendary Events, the Emperor’s Demise event is the chance to unlock Emperor Palpatine, one of the top characters in Star Wars Galaxy of Heroes. 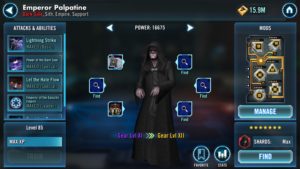 When you run into Imperial Officers, try to kill them before the Stormtroopers as their special ability deals a decent amount of damage. That is pretty much the same for each tier. If using Wiggs (Wedge & Biggs), save Biggs’ special ability for bosses. On P3 final tier there are two bosses – Darth Vader and Emperor Palpatine. Attack the Stormtroopers first, then attack Darth Vader before he uses his Force Crush to inflict damage over time (DOTs) – unless you have Admiral Ackbar. If you do have Ackbar then you probably want to take down Palpatine before he stuns using his special AOE ability. If cleansing after Vader’s special ability, use it quickly because of his Culling Blade special adds extra damage for each debuff on the target.

Special thanks to IceWizard787 from the MyWookieSteakIsChewie Guild for helping refresh my memory on the event details and (updated) strategy!

Thank you very much for your article and your website in general, very useful!

Thanks for the comment. Wiggs is not essential as other combos can get the job done, but his leadership with the added offense and healing for Rebels is awesome. I would focus on StHan before Ackbar and have StHan as strong as possible to absorb the hits from everyone and keep fire off of your attackers.

Thank you very much for the help, much appreciated!

Thank you for all the help you give us with your website. Can I replace Lando with Luke farm boy, Bistan or Princess Leia, as I have them with 7 stars, gear 7 and over level 70?
Thank you

I am thinking Farmboy Luke would be good – just level them up and get the gear up as much as possible!

Thank you very much!!

I Have a decently geared team of Ackbar,Jyn,Cassian,K2so and Chirrut. Would this be strong enough to get 7* EP?

gear 8 on all so far

[…] ability. Personally, I used E-Palp in the Arena for several months after unlocking him in the first Emperor’s Demise event as I was fortunate enough to open him at 7-stars earlier than most. He spent time on a Captain […]

Looking for input on changes for max Palpatine unlock.

Just make sure you use mods with good Speed secondaries as Speed is your friend. You should be in a decent spot – if you are not yet strong enough you will be close for sure. Keep an eye on our Best Mods articles for each character to maximize their stats and effectiveness.

I recently got into this game, and your website has been a godsend. So thank you!

That said, I need you to give it to me straight.

I’ve decided to go hard at at 7* Palpatine in the hopes that he someday helps with R2, so I can someday get Commander Luke.

Mathematically, the only chance I have at fielding a 7* team is Hera, Zeb, Kanan, Chopper, and… Biggs. Yeah, yikes. I just can’t split my cantina energy between Hera and Ezra without missing on them both. Realistically, I could get them to gear 8 – might just miss and end up with some G7s.

Does this squad stand any chance of winning? Or am I going to use all my resources over the next 10 days and come up short?

Again, I love the site. Thanks for any advice you can give me.

Jack,
Everything depends on your Squad Arena shard. The synergy of the 4 Phoenix toons is fantastic, and Biggs’ special calls for the extra attack and hits hard, so your offense has to be him and Zeb and some well-placed Exposes from Hera.

FYI, we just launched a Patreon page to ensure we can keep our writers putting this great content onto the site. If you would be at all interested it is located at https://www.patreon.com/gamingfans – thanks!

You should be fine in unlocking Palpatine, but getting him to 7-stars will require Old Ben or Ackbar geared and at 7-stars.