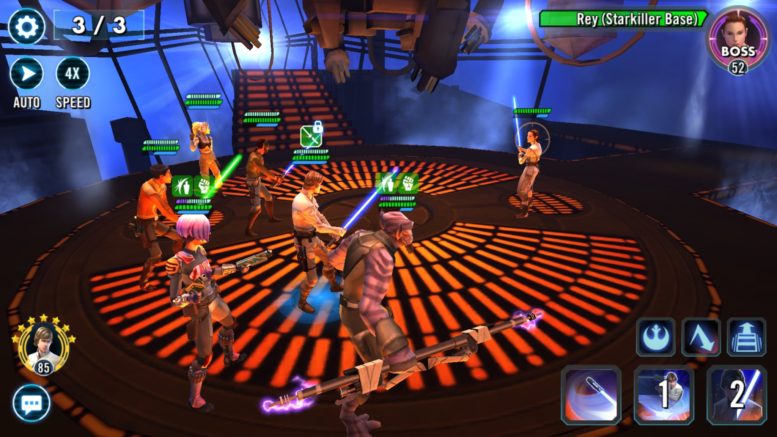 One of the best parts about Star Wars are the many fan theories and the rumors that make the rounds in the community. Star Wars Galaxy of Heroes, like the movie franchise it is based around, also features a variety of theories and rumors. The latest of those caught the attention of many over the weekend – that an event similar to the one to acquire Commander Luke Skywalker will take place in December to unlock Jedi Rey (Kenobi?). While I heard/saw it in multiple places, I believe it was a member of the Sith Happens SWGoH Guild who shared it with me first. 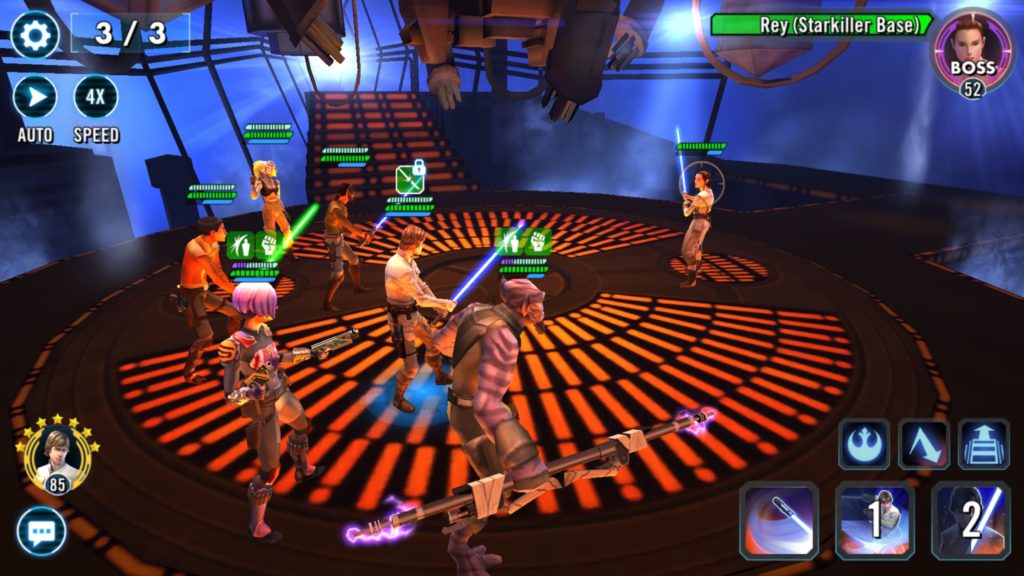 Let me state for the record that, despite being a member of the GameChangers program with EA/CG for SWGoH, I know nothing more than the rest of you on the topic. So here are the details as I can recall them:

So how will this impact your gameplay? Do you buy into theories like this and try be all Yoda and have foresight? I can say that I do, and while I am PTP on my main account, I try to do so logically and strategically. I farmed the Resistance and First Order long before most, and have been rewarded for that as a result. And while I again maintain that I know nothing more than the rest of you on this topic, I am now working to use crystals to star up my already 5-star Veteran Smuggler Han Solo and Veteran Smuggler Chewbacca as I do feel they will be valuable at some point in the near future.

Your comments and questions are welcome below.

This theory has actually been circulating on Reddit and other places since the BB-8 event came out and that was the opposing team (plus Scavenger Rey). I could see the event being somewhat delayed and requiring other TLJ characters, depending on the film’s storyline, though. I’m not sure that it’d be fair to base a character from TLJ on requirements from TFA’s storyline.

That’s a pretty harsh theory.
I mean, the requirements for CLS were big but doable for most peoples.
This is a huge paywall. It would make “Jedy Rey ” Kraken only.
Unlocking the veterans cost 2 vaults of crystals each, on average …

If they truly made those requirements without making required toons farmable. You would have to say the game made a major jump to Pay to play. Vs F2P. Most of us long term users have donated some money. But that would be ridiculous. That would be CLS x 100 (in regards to farming difficulty). I truly believe if they did that. They will have turned a major corner and will lose a lot of F2P fan base. Including myself.