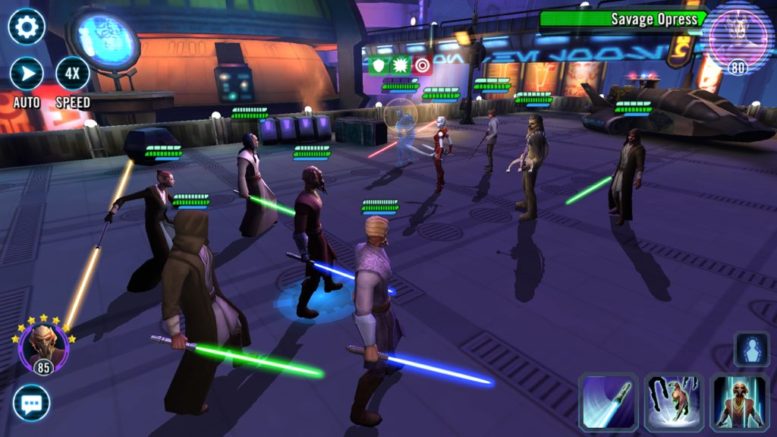 Welcome to the best mods for Plo Koon, the latest article in our series about the popular game Star Wars Galaxy of Heroes where we take a look at the best mods for each character in SWGoH. While I do not claim to have all of the answers in this game, I do my research and have used every toon I write about extensively. These are mod recommendations based on the character’s kit and actual gameplay to help you in your quest to dominate the Galaxy of Heroes holotables. 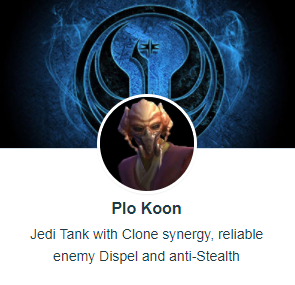 Plo Koon was a Jedi Master and General who was part of the Jedi Council during the Clone Wars. In SWGoH, he is one of many Jedi that was lacking in power before the additions of Jedi Knight Luke Skywalker, Jedi Master Luke Skywalker, Jedi Knight Revan and Jedi Master Kenobi. While he has a very unique leadership ability, Overwatch, which reads “Each ally has a 55% chance to remove Stealth from each enemy at the start of their turn. If they dispel any enemies, they gain Offense Up for 1 turn,” that leadership is very rarely used. With a much-have ship for use with General Kenobi’s Negotiator, Plo Koon has also found new uses under a Jedi Master Kenobi lead as the game has evolved. Let’s take a look at which mods and stats we should focus on enhancing to make Plo Koon as valuable as possible.

Main Focus: Plo Koon’s basic dispels all buffs on the enemy and grants him Defense Up if any effect is dispelled, so boosting his Speed seems wise, but his role as a tank on a Galactic Republic Jedi team is more valuable. As a result, it’s hard to ignore the Defense Up buff built into his kit twice, so Plo will be the rare focus on Defense first.

Additional Areas to Focus: Speed, Health, Protection, Tenacity and Potency. Getting to Plo Koon’s ability to dispel on his basic is important, as is his ability to grant Clone and Jedi allies 50% turn meter, and 25% to other allies. Thus, Speed is valuable but not the main area to focus on. As far as survivability goes, with Defense being the top priority, adding additional Health and Protection would be wise to help him stay alive longer. Under the Jedi Master Kenobi lead Plo Koon will taunt for 2 turns at the start of each encounter, so keeping him alive is key. Finally Tenacity is never a bad idea for a tank character to keep the debuffs away so that they can taunt or use their abilities to disrupt enemy attack plans. Potency only is needed on the AoE ability to land Offense Down on enemies, but I rarely see value in this attack given his ability to grant TM and dispel with his basic.

In-game Mod Recommendations: Health & Potency. Plo Koon has zero Health-focused gains in his kit, so only when used with a leader who has a Max Health gain or important health recovery should this be relevant. In addition, Potency is only needed to apply Offense Down on his AoE attack, the least valuable of Plo Koon’s three attack/turn options. EA Capital Games has fumbled the ball on many of their mod recommendations for older characters in the past (not the new ones), but this is about as bad as I have seen as these are just terrible. Trust those of us who play the game daily (and have for 5+ years!) and actually use and study the characters instead.

Despite the importance of Speed in SWGoH, Plo Koon’s value in SWGoH seems to be centered around his role as a tank and ability to dispel on his basic. As a result, my blended mod approach to Plo Koon looks something like this: