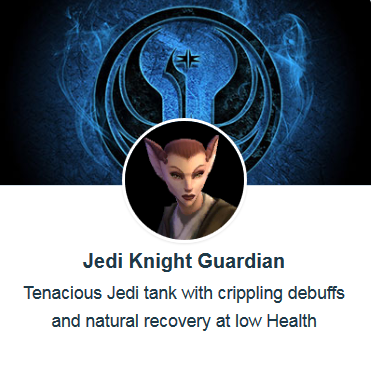 Welcome to the latest article in our series about the popular game Star Wars Galaxy of Heroes where we take a look at the best mods for SWGoH toons. While we do not claim to have all of the answers in this game, we do our own research and have used every toon we write about extensively. 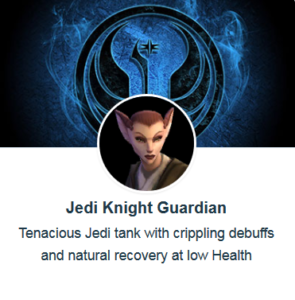 There are very few characters that have almost no use within the game and are part of the “Do Not Farm” list, but Jedi Knight Guardian has remained steadfast on that list. A non-taunting Tank who is available on a single Dark Side battle and in the difficult-to-farm Squad Cantina Store, most players usually earn more shards for JKG through pulling her via dozens and dozens of Bronzium Data Cards.

All of this notwithstanding, all characters should be eventually well-modded, and while she has very limited use, Jedi Knight Guardian should still be modded appropriately.

Main focus: Potency and Health. With such a low base Speed, Jedi Knight Guardian would require over +100 Speed just to get a bare minimum of Arena-viable Speed. With an increased difficulty in increasing her Speed, JKG should be modded to make use of her applied debuffs and her comparatively high Health and Protection.

Saber throw inflicts ability block for 100% on a critical hit. Why not focus than on crit chance mod ? Is her base crit chance too low maybe to invest in it ?

The base CC is so low that Kaitco is likely not bothering with this as a result, but I added a couple of CC secondaries as a result. Thanks!

I’ve added this to my Zeta Batista leader Jedi team and have to say that the ability block comes in very handy. Maybe this toon is not so useless anymore … ? Your thoughts ?

I think the addition of Bastila has made all Jedi under her better.