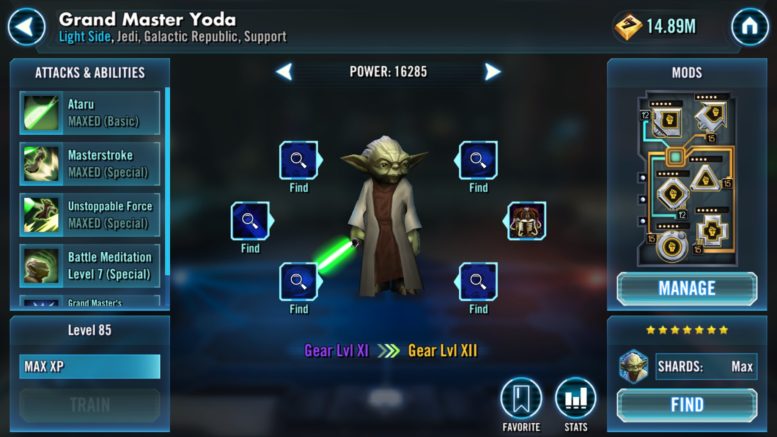 One of a select few characters available through Legendary events in Star Wars Galaxy of Heroes, Grand Master Yoda was originally a top-tier character in the game. However, as SWGoH has evolved, Yoda was not able to keep up with the rest of the game despite the addition of Zeta abilities. Now, with the Sith dominating the META, speculation is abound about a Jedi faction rework after EA/CG’s release about Yoda’s rework yesterday. Let’s take a look at the details of the new kit with the changes highlighted in red. 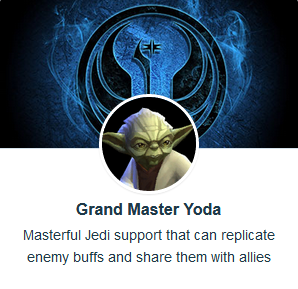 FINAL TEXT: Deal Special damage to target enemy and remove 70% Turn Meter. If that enemy had less than 100% Health, they are also Stunned for 1 turn.

FINAL TEXT: (ZETA) Yoda gains Tenacity Up, Protection Up (30%), and Foresight for 2 turns, then grants each ally every non-unique buff he has (excluding Stealth and Taunt) for 2 turns. Yoda grants himself +35% Turn Meter and an additional +10% Turn Meter for each other living Jedi ally.