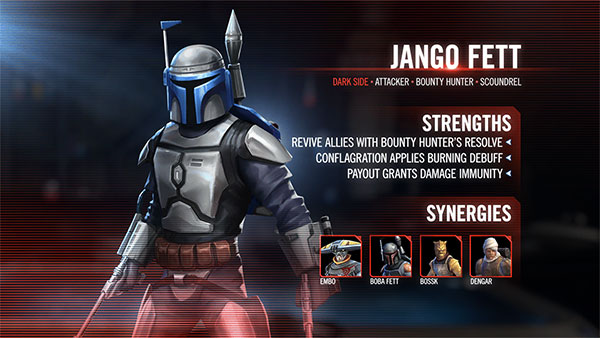 While this is not breaking news now after a series of teasers over the weekend stole much the thunder of the SWGoH GameChangers‘ announcement, it has been confirmed that Jango Fett will be the next character added to Star Wars Galaxy of Heroes. Alongside the addition of Jango Fett, Zam Wesell is set to get a rework and Cad Bane’s ship, Xanadu Blood, will also be added to the game. The addition of Jango and rework of Zam has led to much discussion, including Smithie D’s thoughts that Padme Amidala will be added to SWGoH next in a Legendary event.

While the news of new characters is always of interest, the feedback from the community is clear as interest continues to wane given the long list of Marquee Events. The community continues to provide the feedback, so much so that popular GameChanger CubsFanHan released the hilarious Galaxy of Marquees music video in August which featured a cameo from AhnaldT101, Thad from GoingNerdy and our own Director of Content, LJ.

Details for Jango Fett, Xanadu Blood and the rework of Zam Wesell are below, and do not miss out on Gaming-fans.com’s recent addition on how to mod Jango Fett in SWGoH which is now live. 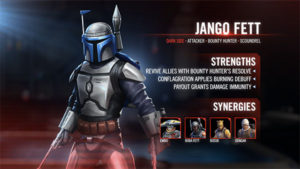 Leader: ANYTHING TO GET AHEAD
FINAL TEXT: (ZETA) Scoundrel allies have +30 Speed and all enemies have -40% Tenacity. Enemies have -20% Potency for each debuff on all Bounty Hunter allies. Enemies that are suffering from Burning cannot gain bonus Turn Meter. Bounty Hunters gain +35% Offense when they have Bounty Hunter’s Resolve. When Jango Fett is in the Leader slot, and not the Ally slot, the following Contract is active:

Unique 1: NOTORIUS REPUTATION
FINAL TEXT: (ZETA) Jango Fett has +100% Defense Penetration and +50% Max Health. Enemies defeated on his turn cannot be Revived. At the start of battle, and whenever he defeats an enemy, Jango Fett recovers 100% Protection and gains Bounty Hunter’s Resolve until he is defeated. 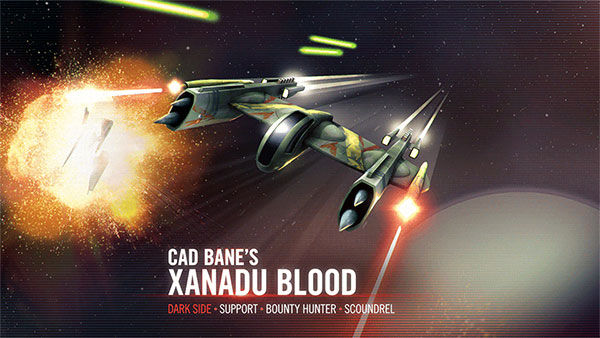 Unique (crew): CLOAK AND DAGGER
FINAL TEXT: Xanadu gains Stealth for 1 turn at the start of the encounter and whenever another Scoundrel ally suffers a Critical Hit. Bounty Hunter allies deal bonus damage equal to 10% of the target’s Max Health when damaging Breached enemies. While Xanadu Blood is active, Breached enemies have -25% Offense.

Special 1: SEE WHAT STICKS (Cooldown 4)
FINAL TEXT: Place Thermal Detonators on all enemies that explode after 2 turns. Zam gains Speed Up for 3 turns.

Leader: HAVING A BLAST

FINAL TEXT: (ZETA) Bounty Hunter allies gain +25% Potency and recover 4% Health and Protection whenever an enemy is dealt damage by a Thermal Detonator. When a Bounty Hunter ally uses a Special ability, they inflict a Thermal Detonator on the selected target for 2 turns, which can’t be Evaded. When Zam Wesell is in the Leader slot, and not the Ally slot, the following Contract is active:

Contract: Inflict 20 bombs on enemies. (Only Bounty Hunter allies can contribute to the Contract.)

Payout: Whenever an enemy takes damage from a Thermal Detonator, Zam has a 25% chance to dispel all debuffs on herself, she gains Stealth for 1 turn, and she gains 2% Max Protection until the end of the encounter.