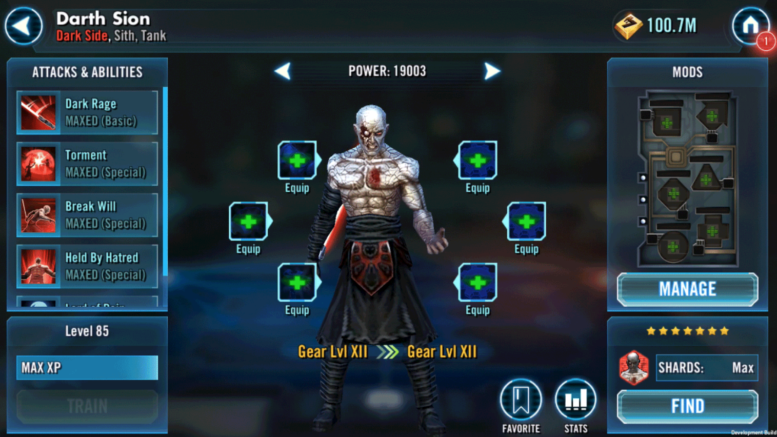 Hello everyone! As this is my first guide for the site, I’m afraid I’m going to have to bore you just a little with a short introduction just so you can place my words in context. I go by the in-game name of Wittster, I am an August ’16 player and have been grinding top 5 in both arenas since only a few months after I started this great game. As an officer I am responsible for our strategy in Territory Wars and I’m the go-to guy in my guild for roster advice. I owe most of my game knowledge to being part of a fantastically collaborative shard chat and can really recommend everyone to look for theirs. Even though I’m only a light spender ($10/month on average) I am aware that the extra crystals from consistent top arena ranks propel me well into the big dolphin-small whale territory when it comes to disposable crystal income. That said, I embrace the f2p mentality of carefully weighing all the pros and cons when it comes to choosing my character investments which brings me straight to the tl:dr of the topic of the day: Sion and his Zeta are 100% worth going for! 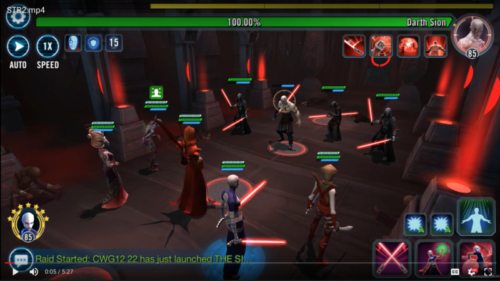 Let’s start with what the Zeta does exactly.

Zeta text: At the end of each turn, Sion inflicts Pain for 3 turns on enemies who damaged him that turn.   Even though this is one of the shortest Zeta descriptions out there, it’s also one of the hardest ones to gauge correctly in usefulness. When I first looked at this Zeta, I started off by looking up the definition of Pain (Pain: this unit takes bonus damage from Darth Sion) and being completely underwhelmed by this, I almost dismissed it immediately as I’m sure a lot of players will. Big mistake!

There are three big benefits to applying Pain and each of them is powerful enough that they can decide the outcome of a match:

PvP (Squad Arena & Territory Wars): At the time of writing, Jedi Knight Revan has been out for a little over a month and Enfys Nest has just been nerfed, limiting her use as a Revan answer. This has really reduced the top of most arena shards to just Revan and Traya. Even though Traya is “only” the second best team in the meta right now, the existence of Territory Wars and The Grand Arena make having Traya and thus Sion, a top priority even if you have Revan already.

A common question is where does Sion’s Zeta rank within the Triumvirate and I would have it firmly in second place there, Traya Unique being the undisputed number one but Sion coming next in importance above Traya lead (Ep lead works fine in most cases) and Darth Nihilus’ unique.

PvE (Raids & Territory Battles):  Even though Darth Sion does well in the Sith Raid (he’s good for around 1-2M in P2) and Territory Battles he does perfectly fine without his Zeta too. I am guessing that there are at least 50 Zetas on other Galaxy of Heroes characters that are more useful in PvE, so my rating here is much lower.

My Rating of zDarth Sion: Darth Sion is a true must-have if you care about PvP at all and his Zeta really makes him tick. Even if you don’t have Darth Traya yet, Sion and Darth Nihilus are a powerful duo that will be great under Emperor Palpatine’s leadership or even old Rex if you want to spice things up. Despite a low PvE score, I’m going to lean heavily toward his PvP score for his final rating – a 9/10.