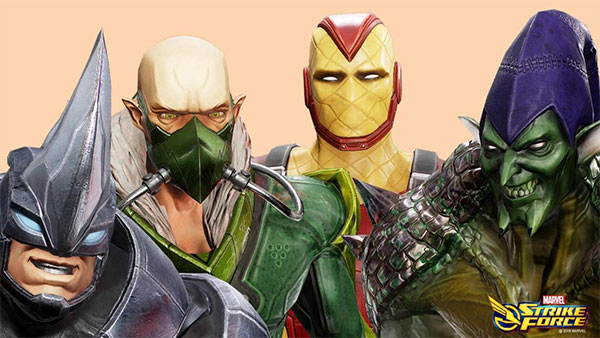 As a part of the FoxNext Envoy program, Gaming-fans.com and select other influencers/media sources are pleased to announce that several characters from the Sinister Six will be added to Marvel Strike Force in the near future. Among those new characters we can expect Rhino, Vulture and Shocker to join Green Goblin with the new “Sinister Six” tag in-game. While the timeline of when we can expect these characters being added us not yet clear, it seems safe to say that it will be July or August before we see these additions given the upcoming Dark Phoenix addition and more scheduled in June.

For more on the additions of Rhino, Vulture and Shocker to Marvel Strike Force, check out the MSF Envoy member videos listed below:

Be the first to comment on "MSF: New Sinister Six Characters coming to Marvel Strike Force"