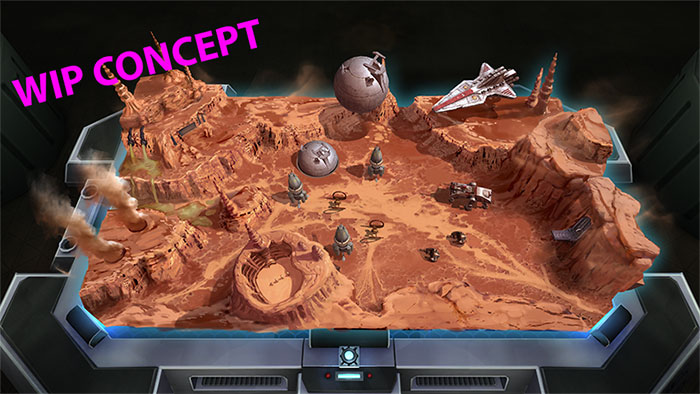 We have now had two complete rounds of Geonosis Territory Battles so far, as one would expect the first round was a bit of a gong show. Everyone was trying to figure out what to do and how to approach this battle and many mistakes were made.
While there are many great videos showing how to complete the special missions I won’t go into deep strategy here, instead I’m going to give you the Coles notes versions of what to expect and how to best prepare.

Before I start though I will make a general caveat, phase 4 is utter insanity, none of the teams I list can really be expected to go 4/4 or even 3/4 in phase 4.

Top teams to use in the Geonosis Territory Battles:

For the special missions things are a little different.

In phase 1 you will want to use Separatist droids, but leave General Grievous on the bench and use Nute Gunray as the leader. This makes the mission relatively simple.

For Phase 2, the bottom line is unless you have several gear 13 Geonosians including Geonosian Brood Alpha don’t waste your time. Instead, use those toons to clear an extra wave in combat missions.

Phase 3 is the Wat Tambour mission, and here you want a full gear 12 Geonosians team with Brood Alpha lead. Like most of these battles it’s long and dragged out due to the huge health pools but relatively straight forward.

Phase 4 special mission – I have no idea, you need a 7* Wat Tambour so it’s going to be a while before I can attempt it.

By far the most fun battle in this Territory Battle though is when you need to use Dooku and Ventress to fight an entire battle by themselves. If you can afford the Zeta for Dooku that makes it much easier, but I have been able to beat 3 waves of enemies without that Zeta. Just keep the summon up for Dooku to stay in stealth and it’s not too bad.

For the ship battles, the Hound’s Tooth is the difference maker, as it keeps you alive long enough to wear down some enemies. Without the Hound’s Tooth one option is to use Sun Fac with the Gauntlet Starfighter to boost the defense on Sun Fac’s Geonosian Starfighter, but in my experience that still needs lots of luck.

After going through two rounds of Geonosis Territory battle my guild has scored 25* and 28*and I have two main conclusions.

On the positive side once we have a level cap raise and more characters at gear 13, you will need a guild total GP of 240-250 million to max out stars.