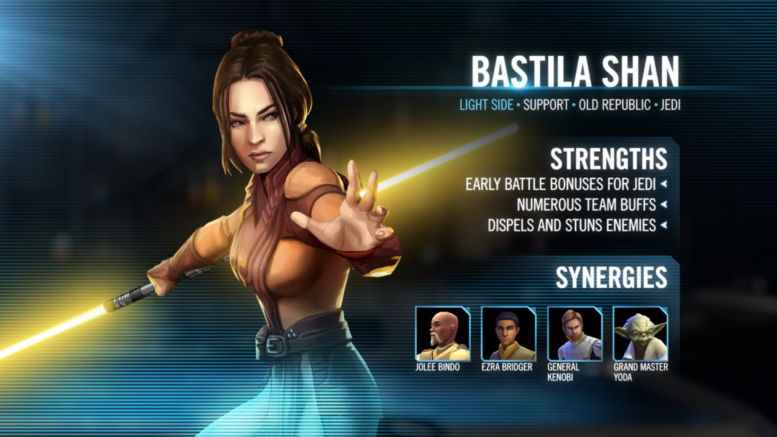 In another addition to the Relic Review series, we will take a look at Bastila Shan and her Relic, a Double-Bladed Lightsaber. As always these reviews compare a character at Relic level 0 to Relic level 7 and mods are not factored in.

To start off Bastila Shan (the light side version) gains a bit of a below average Health increase of 16,830. This pairs well with her 11.68% Armor increase and 7.53% Resistance boost to add some nice survivability. In addition she gains an extra 13.5% Physical Critical Avoidance and Special Critical Avoidance.

Offensively, Bastila Shan gains an impressive 3,336 Special Damage increase. However, an extra 13.5% Special Accuracy is the only other stat gain that benefits her as Bastila Shan does not deal Physical Damage, so those related increases are irrelevant.

While Bastila Shan is very good with Jedi and can fit around several lineups as a leader or member, her Relic feels fairly average. The stat increases aren’t bad, but they aren’t very impressive either. Because of this I am placing her around the middle of the Medium Priority tier.