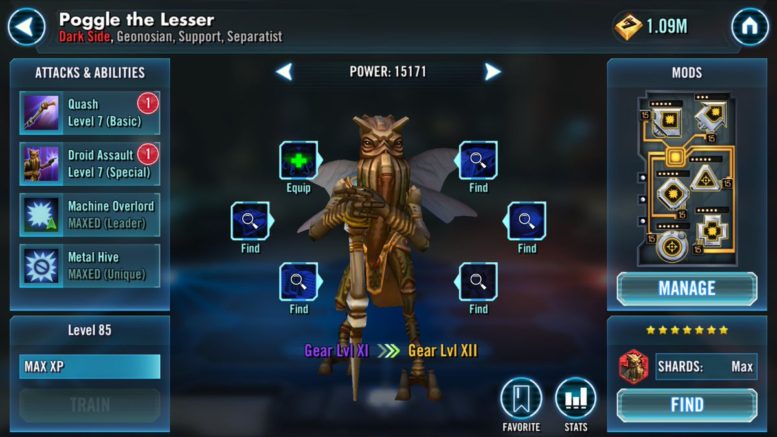 Continuing the Relic Review series, this article will look at Poggle the Lesser and his Relic, the Geonosian Staff. As always these reviews compare a character at Relic level 0 to Relic level 7 and mods are not factored in.

Poggle’s main role is being the support on a full Geonosian team. He is a good member there, but he doesn’t fit anywhere else. In addition the stat increases from his Relic are overall average. While he is a piece to an important team in SWGoH, I am putting him in the middle area of the Medium Priority tier.