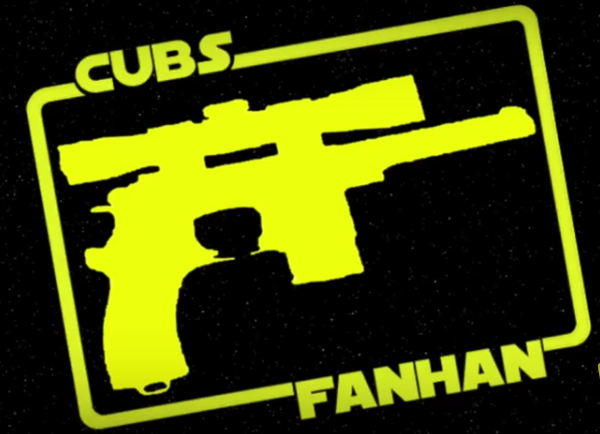 The latest video from CubsFanHan was an interview with AhnaldT101 as the two talked about the recent controversy around the Ahnald and Capital Games. It all started with the banning of one of AhnaldT101’s accounts, an account used for content creation (YouTube videos) that was apparently used against the game’s Terms of Service (TOS) due to account sharing. But what started as a seemingly personal attack on Ahnald has turned into a movement by the Star Wars Galaxy of Heroes community to see this stagnant game revived. Read more in AhnaldT101, Capital Games & The Screwup of Galactic Proportions.

In this interview video the two clearly stated where the community stands – “trust (of Capital Games) is gone.” After the lack of communication and inability to listen to the community, the lack of new content, the hypocritical enforcement of their TOS and negotiating with cheaters, the poor handling of the GameChangers, and much, much more, the SWGoH community has had enough.

“We love their game,” said Ahnald, but “…communication is key.” The two again compared SWGoH to Marvel Strike Force’s weekly updates on what was coming in their game, how they quickly address bugs and their much more positive approach to their community. One example used by Ahnald was how MobileGamer has found bugs on a live stream, contacted a dev during the broadcast and had a response AND fix within the span of 15-30 minutes. Meanwhile CG sits on bugs and ignores them for weeks and sometime months despite running a billion dollar game.

We here at Gaming Fans support the movement that is rising as a result of this based on this simple fact – we want Star Wars Galaxy of Heroes to be great. 2017 was an awesome year for SWGoH and the time around the launch of the Sith Triumvirate Raid in February 2018 was when the game remained at a high, but since then the actions of EA and Capital Games have caused the game’s popularity and interest to decline. While financially the game may still make the margins that EA shareholders are comfortable, I will go on record as saying that SWGoH has the potential to reach another billion in revenue, if not more. We, the fans of Star Wars and community of SWGoH want more – more characters, more ships, more content – and we will spend for that content. Do right by us Capital Games. This CAN be fixed. Trust CAN be regained. Communicate with us. Build new content that is not just around a new character or two, and make SWGoH great again. Please.

Be the first to comment on "SWHoH: AhnaldT101 & CubsFanHan – “All Trust is Gone” with Capital Games"