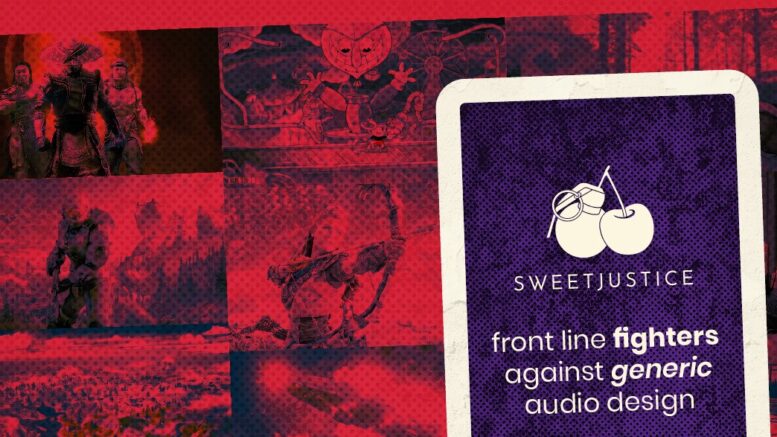 You may not know of Sweet Justice, but you will have almost certainly heard of their work in games. This international sound design company has built a reputation for delivering audio excellence, as featured in some of the most highly regarded games on the planet, from Fortnite to Demon Souls, Cuphead to Half-Life: Alyx and Halo to The Ascent, and more.

Established in 2014 by veteran sound designers Samuel Justice and Chris Sweetman, Sweet Justice has been breaking the conventions of how external sound teams are expected to integrate and perform since day one.

“It started with just the two of us,” says Sweetman. “I was working on a conceptual title, called Fortnite with Zak Belica at Epic, and Sam was audio director on Frictional Games’ Soma, after having just moved back to the UK from Sweden. From there we just started to grow organically.”

And grow it has. Sweet Justice now has 22 core members that provide sound services to the video games industry.

Furthermore, games studios often ask Sweet Justice to help define their core audio aesthetic, as well as to create custom sound effects that can set their titles apart. Alongside this creative work, the team also provides implementation support for AAA studios, which involves helping them to best implement their own in-house content.

A creative commune
Speaking of bringing things together, central to Sweet Justice’s success has been its company structure.

“When Sam and I first discussed starting Sweet Justice, something we agreed on right away was that we didn’t want a traditional employer/employee company structure. It just felt alien and against our non-corporate ethos,” explains Sweetman.

“As such, we decided to keep the company structure simple, which allowed us to concentrate on the creative.

“Apart from two individuals, every member of Sweet Justice works for themselves. This has enabled us to keep our stress and company overheads low, and allowed changing the company direction and adjusting headcount mid-project to be a breeze.”

He adds that doing away with traditional company structures, such as the idea of bosses being above employees and having formal HR departments, has helped the company to thrive.

“A flat hierarchy was essential for us and has been instrumental in creating a sense of family and empowerment within our walls. As one of our clients says: ‘It’s like the mafia but without the violence and criminal behaviour!'” says Sweetman.

Not just playing the hits

This culture of hand-picking staff and, in Justice’s words, building “a creative commune” for experts who live and breathe audio, has led the company to expand and work on a string of major titles by AAA studios and indies.

Xbox is the games publisher of 2021 | Opinion