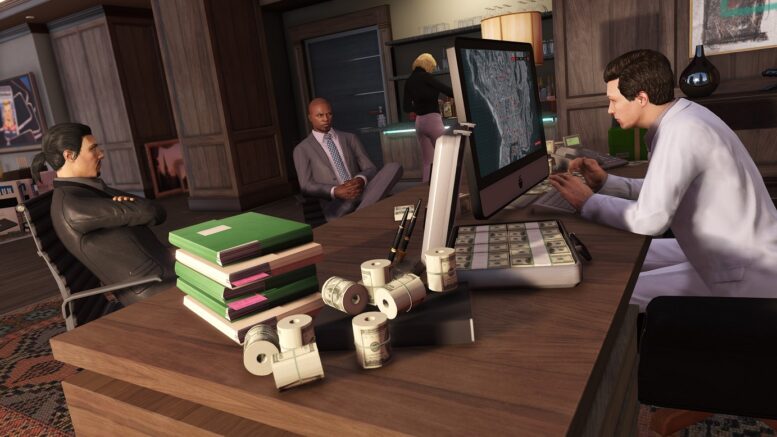 This Week in Business is our weekly recap column, a collection of stats and quotes from recent stories presented with a dash of opinion (sometimes more than a dash) and intended to shed light on various trends. Check back every Friday for a new entry.

This week we received an answer to whether or not Rockstar would remove transphobic elements from the next-gen versions of Grand Theft Auto 5, something it was called on to do last year by Kotaku writer Carolyn Petit, a call that was then echoed by the LGBTQ+ game developer group Out Making Games.

The answer, as pointed out by an admin of a GTA fan community this week, was to remove a number of trans caricatures from the game, some tasteless NPC barks, and at least one background trans joke. It wasn’t much. So little, in fact, that the game was out for three weeks before people started noticing the changes.

“As slight as the edits were, what they say is a little more meaningful”

But as slight as the edits were, what they say is a little more meaningful. They say that Rockstar, a company that has prided itself on being a thumb in the eye of pretty much everyone, has decided that there are limits.

Of course, there have always been limits. There are no children in GTA, for example. And as much as this has always been a pragmatic decision to avoid the incredibly predictable outrage over in-game violence to spark back up, this choice also tells us something about Rockstar. Clearly, Rockstar either believes allowing players to playact murdering children would be wrong, or it’s afraid of crossing the politicians and industry ratings boards. Either explanation undermines any argument that Rockstar is an equal opportunity offender, that it impartially and dispassionately treats everyone and everything with the same lack of respect.

And lest you think I’m building a strawman there, you can check out the quote retweets on that original GTA community admin’s post pointing out the changes. Suffice it to say, some people are very angry about Rockstar “giving in to the woke mob.”

So which motivation can we ascribe to Rockstar’s removal of transphobic elements from GTA 5?

It’s probably not a matter of crossing ratings boards. The exact same content already received the commercially viable M for Mature rating several times over when it released on previous systems.

It’s also unlikely that a fear of politicians that prompted the removal of transphobic elements. If anything, the political climate now is more amenable to transphobia than at any point since the original game’s release. Hate crime around gender identity has increased every year since GTA 5 first debuted in 2013, according to FBI statistics. The Human Rights Campaign has also been tracking murders of transgender and gender non-conforming people since 2013, and the past two years set records on that front.

And in the midst of this, Republicans in the US have proposed a wave of anti-trans legislation across numerous states, banned books acknowledging trans people from schools and increasingly slandered anyone expressing support for LGBTQIA people as groomers and pedophiles.

(As for the Democrats, President Biden vowed to pass the Equality Act protecting LGBTQ rights in his first 100 days in office. A year after that deadline, we’re still waiting. But it’s OK, I’m sure voters will be eager to turn out for mid-terms and support a Democrat party that hasn’t been able to deliver on its promises despite controlling the White House, Senate, and House of Representatives.)

It’s not much better in Rockstar’s homeland of the UK, where the NHS and a slew of professional organizations all agreed that conversion therapy is an “unethical and harmful” practice and the government’s response was to ban it except when used on transgender people.

So are they giving in to the woke mob? We have a journalist and a professional group of developers writing public statements to Rockstar explaining how its portrayals of trans people hurt and dehumanize them. I don’t really see that as a mob.

But if I look at the quote tweets of the GTA community admin’s tweet, I see a wall of anger. I see a small group of proudly hateful people crossing any reasonable line of decency and a larger group of people making common cause with them, more upset about Rockstar making minor edits out of consideration for people than they are about the indefensible sewage spewers next to them, all working together toward the same ends. And that looks a lot more mob-like to me