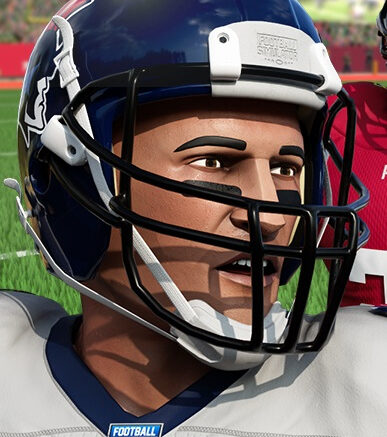 When Electronic Arts secured an exclusive NFL license for its Madden franchise in 2005, fans of rival football games like the NFL 2K series were understandably upset.

Most of them likely groused about the loss of a series they enjoyed and moved on. Refactor Games co-founder Nathan Burba was not one of those people.

“I was a really, really avid NFL 2K player,” Burba tells GamesIndustry.biz. “It was my game, the thing I looked forward to every single year, being a football junkie. When that ended because of corporations being corporations with an exclusive license which had never been done before, it was a big blow to me. I even wrote Game Informer back then and they published my angry letter about it.

“That was always in the back of my head, and as I developed as a game developer, I always thought, ‘When I get the opportunity, I’m going to make my own football game.'”

Burba co-founded Survios in 2013 and served as CEO for its first five years, but the football game he had in mind wasn’t necessarily an obvious fit for the VR developer. Shortly after parting ways with the company, he got an itch to finally act on that idea in the back of his head.

“I was semi-retired for a little but, but the problem was I had so much success early on with VR that I hadn’t really gotten the chance to do regular video games, in particular indie games,” Burba says. “So I saw an opportunity to create a new indie studio that could focus more on indie sports titles and things that are a little bit different than what I was doing at Survios.”

That game is Football Simulator, a physics-based take on the sport that launches into Early Access today.

Burba describes it as “kinda like Gang Beasts meets NFL 2K,” but without the fun of the former undermining the authenticity of the latter.

“These are goofy party games, but they are also very exciting, competitive sports simulations,” Burba says. “There’s no reason why they can’t be both.”

As one example, Burba says the game will let players “rampage around the stadium” after the play if that’s what they want. He looks at entertaining highlight reel clips as inspiration, things like players diving into the fans to make a play and then coming up eating their snacks, or plowing through a bench full of Gatorade containers on the sidelines.

“The idea is to take all of those things that are possible and make them interactive, so they’re actually mechanics,” he says. “The large crowd dynamic physical simulation of it is very important, and that alone ends up being fun on top of the actual gameplay itself being fun.”

There’s no hiding from the culture wars | Opinion