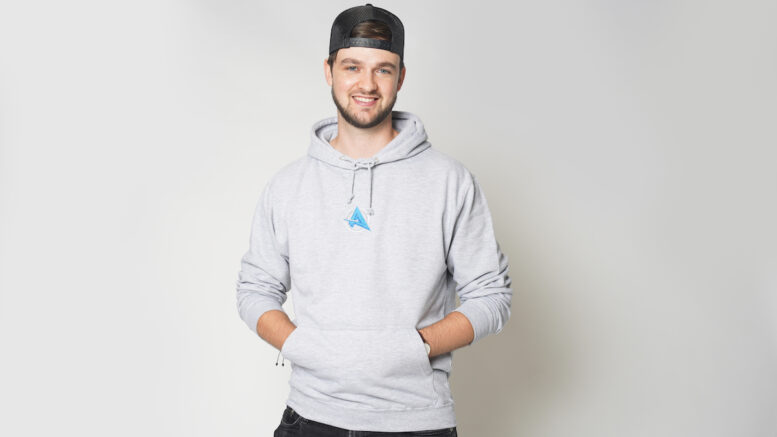 The first episode of Uture aired earlier this week, revealing the 11 contestants battling to be crowned the winner of this first season across a series of challenges testing their skills, and potentially pocketing $100,000.

Aiken reveals that the Uture team received over 15,000 YouTube Shorts as applications for the show. This high interest is a testament to the growing role content creators have played as both entertainers and news commentators, both in the games industry and at large, over the past decade.

“I sat down a few years ago now, and just started thinking about things that I could do that weren’t just [my] usual work,” Aiken recalls. “I tried to think about something that could be connected to what I’ve done for so long, which is making YouTube videos, and help build up the next generation of talent, giving them the advice that I’ve learnt through my years of making content.

“The way the show is formatted is that not only will the contestants be benefiting from being on the show, but hopefully viewers will be learning along the way. If anyone’s into content creation, it’s a great place to see what it’s like.”

Uture was really born from Aiken’s desire to pass down what he’s learnt for the past 13 years working as a YouTuber. And for the GamesIndustry.biz Academy, Aiken shares his advice for new and aspiring content creators, and for those looking to further their career.

Target the right platforms with the right formats

Kickstarting our conversation, Aiken explains that there are three verticals to consider as a gaming content creator:

Knowing which platform to prioritise depending on the type of content you want to make is key.

Aiken says that YouTube has been his “bread and butter,” adding: “Without being too biased, I think if you want to find a place that does all three of those very well, then all three of those can be found in a really good space on YouTube.

“If you really want to try and break through, and find the most amount of success, you need to have a decent amount of skill in working on all three of those [content types] — or at least it could help if you do.”

While Aiken admits that he hasn’t done a lot of live streaming, he says it’s a fantastic way to build an instant connection with your audience.

“If there’s ever anything big happening in a video game, whether it’s a Call of Duty update or a big live event in Fortnite, I’ll always stream it because people want to consume it right there, right then,” he says. “It’s so exciting, everyone’s together, and people remember those moments, it’s really cool.”

On the other hand, when he wants to put together something news-related about a game, Aiken says he’ll work with his editor and put together a polished, well edited ten-minute video, as it fits the objective better. He also started doing short form videos towards the end of last year.

“You don’t build up quite as much of a connection in short form, because you only interact with them for ten seconds, 30 seconds, it’s very short,” he says. “But it’s a great way of getting your face in front of people, and if I was going to prioritise any of it, I’d say that short form video content creation is a great growth hack and I’ve seen a lot of subscribers come through to my channel on YouTube through Shorts.

“They come through, maybe watch a few of my Shorts for 30 seconds and then they’ll find very similar content in longer form on the same channel. So I’m actually not afraid to mix all of those styles of content into one channel, and all to their advantages.”

Keep going with a consistent schedule

When just starting as a content creator, Aiken’s main piece of advice is actually to not overthink it too much, but to just do it and be consistent.

“Just simply start, just make a video. Your first video is never going to be a great video. Every single YouTuber’s first video was probably awful because it’s a learning [process]. No one starts playing football and suddenly they’re playing in the Premier League. Everyone, for anything in life, starts off bad and you improve.

“Don’t even think about too much, just start it, whether it’s streaming live to some people, or putting a video together, just give it a go, and then keep on giving it a go, and try and create some sort of schedule that you can stick to, that works for you.

“Yes, I upload one or two videos every day but I’ve got a team of ten people behind me that helps me make that happen. If you’re just starting and you have a lot of time on the weekend

During H1 2022 video games were tweeted about 1.5bn times

Refactor’s gameplan for taking on Madden without an NFL license