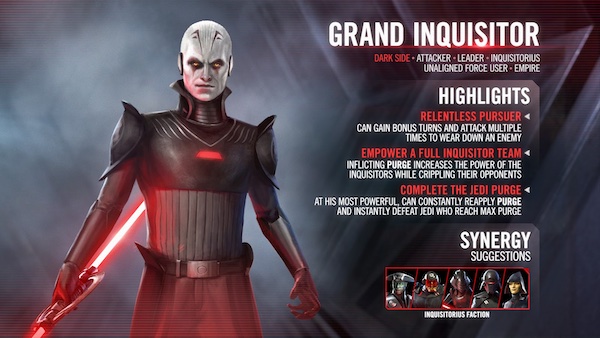 The Grand Inquisitor is finally set to join Star Wars Galaxy of Heroes, and EA Capital Games has released his kit. While many of us blindly farmed the Inquisitorius characters over the past several month not knowing the level of this faction or the Grand Inquisitor at the ned of this tunnel, we now have the info needed to determine if this investment is indeed worth it. Described as “a menace and force to be reckoned with on the battlefield. Don’t let him linger around too long otherwise you can expect a debuff bonanza,” here is a link to his kit for reference.