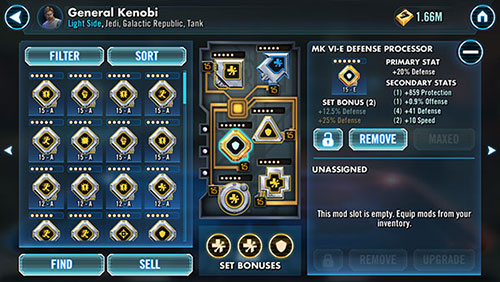 Survivability in SW:GoH, for the most part, is based off three stats – Health, Protection, and Defense/Armor. The first two, Health and Protection, are easy to compare. They both serve the same purpose – a resource that must be depleted before you die. Increasing either stat allows you to take more damage. It’s straightforward, to the point, and very easy to compare.

Defense on the other hand, increases Armor, which reduces the damage you take. If you have 10% armor, you only take 90% of any incoming damage. The Armor gained is not linear and suffers from diminishing returns – as your defense goes up, the amount of armor you get from increasing it goes down. This article isn’t about the Defense to Armor conversion, but you can read about it here. 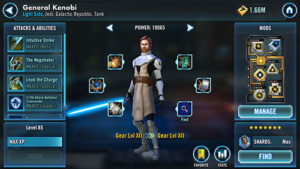 To compare Defense/Armor to Health and Protection, we use the relationship between the three to create a meta stat; Effective Health Pool (EHP). EHP isn’t a unique concept, many other games use it to express and compare overall survivability. As your Armor increases, the amount of base, unmitigated damage you take decreases, effectively increasing your health pool.

Now, we’ll use some simplified numbers for an example.

As you can see, there is a significant difference between EHP, and actual HP. If your opponent does 5,000 base damage each hit, it will take two extra attacks to kill you.

The relationship between Health/Protection and Defense/Armor means that as one increases, the other becomes more valuable. Higher Armor means a larger EHP gain from added Health/Protection, and vice versa. This means characters with high base armor will initially want health/protection mods, while characters with high base health/protection will want defense mods. It’s well worth checking repeatedly as you change each stat, though, because it can change suddenly.

Since Mods 2.0 changed the set bonuses and added higher primary stat values at 6E, the general advice has changed. Rather than exclusively wanting Health set mods, most tank characters now want Defense set mods, sometimes with a Health set added. As far as primaries go, Protection is still the best choice by far until you have mods at 6E. At this point, it varies depending on the character’s base stats, and their other mods.

By PsychoPoet of Descendants of the Empire
Gaming-fans.com Senior Staff Writer