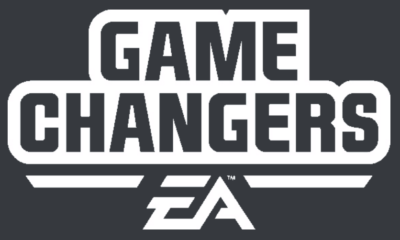 Star Wars Galaxy of Heroes is a complex and enjoyable game, and to help players and fans alike navigate their way through the game and its many features, EA & CG created the GameChangers program. Who are the SWGoH GameChangers you ask? Actually, who were the SWGoH GameChangers? They were an exclusive group of players who covered SWGoH with breaking news and announcements, character strategy and review, theory crafting and tips or guides to help players know how to best use their resources to perform better in the Squad Arena, in Raids, Territory Battles & Wars, the Grand Arena and more. However, in late 2018 and early 2019, Capital Games chose to dissolve the program after changes within their company and Electronic Arts as well.

A list of the former SWGoH GameChangers is below, all of which were offered the chance to remain a EA GameChanger. Note that some of this content is dated now after the dissolution of the GameChangers program. 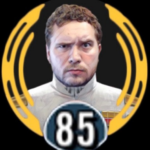 AhnaldT101 – AhnaldT101 has been playing SWGOH for 2 years and his YouTube channel provides various guides ranging from arena to the raids but also believes in the philosophy of entertaining while teaching. Although his videos are aimed at providing advice on how to do the best in the game you can always expect some humor so you are leaving the video with a smile. His favorite Star Wars faction is the Galactic Empire. Outside of YouTube he is a law student, law clerk, avid car/motorcycle enthusiast, knows every line Arnold Schwarzenegger said in every movie, and loves to perform songs from artists such as Frank Sinatra, Dean Martin, and Michael Bublè. 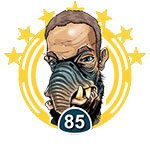 assassindan HUN – Dani is the proud father of two and a huge Star Wars fan. He has been playing the game since the very beginning, but he only started making videos (without speech) for YouTube since December of 2017. In September of 2018, he joined the EA Game Changer program, introducing new content in his mother language, Hungarian.

Dani is always looking forward to helping anyone and is participated in the organization of the first country-wide SWGoH meetup in Hungary. For Dani, it is not only a game, but a very good way to create a community and bring like-minded people together. Fans can view assassindan HUN content on YouTube on his channel.

DBofficial125 – DB is SWGOH’s original Twitch streamer, starting before there was a community and before the game was even in the catalogue back in December 2016. Steady growth of his channel (and a lot of Twitter pressure) saw the game added on Twitch and DB becoming a day one Affiliate. After almost a year he was added to the GameChangers following a fan campaign. DB spends his streams split between helping other players, growing his AoK guild and entertaining with his rescue dog Pixie. Other than his obsession with Star Wars, DB is also a former competitive Mixed Martial Artist at Flyweight/Bantamweight (where the 125 comes from in his name) and a national radio played musician who was briefly signed in the late 2000’s.

CubsFanHan – CubsFanHan is a F2P player that has been playing SWGOH since launch. He fell into YouTube by accident when he started making videos for his community of 7 guilds in June 2017. CFH loves all things SWGOH but specializes in Squad Arena combat. CubsFanHan’s YouTube channel is also known for his monthly SWGOH Top 15 poll, his Bag of Questions series, and epic collab videos with other YouTubers! Come check out CubsFanHan’s channel for a good dose of SWOGH knowledge, strategy, opinions, with a nice dose of humor! 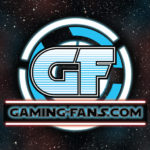 Gaming-fans.com – Started in 2016, Gaming-fans.com is a site dedicated to fans of Star Wars Galaxy of Heroes and a handful of other games. Best known for their Mod Guides, Sith Triumvirate Raid Guide and Zeta Reviews, Gaming-fans.com is run by its Director of Content, LJ, and his awesome staff of SWGoH players and fans. While the Gaming-fans.com YouTube channel is not their focus, you will find a few helpful videos as they instead seek to promote these fine GameChangers in an effort to best serve the Galaxy of Heroes community. Gaming-fans.com and their staff is always looking for ways to educate the millions of SWGoH players across the globe on the intricacies of the game and they are always looking to expand to add other writers with creative ways to educate the SWGoH community. 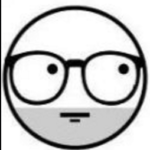 Going Nerdy – GoingNerdy is another veteran player who has been playing since shortly after the launch of Star Wars Galaxy of Heroes. His site, GoingNerdy.com is a place where people can go to explore all things nerd, but mostly just for him to rant about Star Wars and Marvel things. GoingNerdy has been on Youtube since February of 2017 and tries to make videos that he’d like to watch. His main focus is to find teams that are fun to play. His Fan Favorite Friday series highlights a player-requested team and looks at its viability in different areas of the game. Check out the latest from GoingNerdy’s YouTube Channel today!

Halfface01 – Halfface01 always loved to make make videos on various games that he is currently enjoying, and right now he is featuring Star Wars: Galaxy of Heroes as his main game! He specializes in theory crafting arena teams with expertise in modding and speeds while constantly testing various things that are fun to use. He makes guides on various teams in arena that he uses and showcases other players teams that are uncommon in arena, but work! Make sure to check out his YouTube channel!

Mist Passiert – Mist Passiert started making videos in March of 2016 and been playing since the global launch on 25 November 2015. His YouTube channel‘s focus is mainly on SWGoH character reviews, guides, and videos for the new and free to play players. 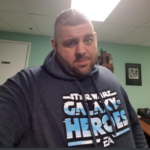 Skelturix – Skelturix has been playing Star Wars Galaxy of Heroes for over 2 years and his favorite part of this game is Raids. He joined the Game Changer program in the beginning of 2018 with the goal to help everyone improve by explaining precisely how the game works. Since that time he has become known for his well-edited, in-depth video guides, mainly focused on how to defeat/perform better in Raids. Skelturix believes written text is the best way to convey information, which is why his videos do not feature any voiceovers. Fans can view videos on the Skelturix YouTube Channel.

SpartonEZ – SpartonEZ can be found on Twitch 3-5 times a week at 9:00 am PST and has one of the longest running SWGOH streams on Twitch. Home of the original Zeta Wheel, SparotnEZ is out of sun California and does his dailies, Territory Wars, Territory Battles, and Raids while always talking Star Wars all stream long. Fans can check out SpartonEZ on Twitch for more SWGOH content.

Warrior – Warrior specializes in the education of all facets of Star Wars Galaxy of Heroes. Warrior Presents on YouTube is where he shows his love theory crafting and the Squad Arena! He is also the originator of the roster review and the “worth it” series. Warrior has two channels so make sure to check both of them out!