Mods can be purchased from the Mod Store starting at Level 1 and in any color, and mods 1* – 4* mods will always retain the same color.

The color or quality of the mod refers to the number of secondary stats showing on the mod: 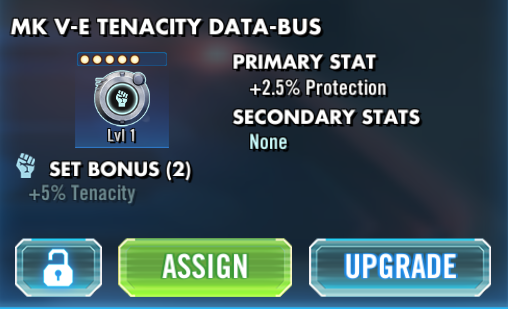 With the other mod qualities, the mod will either gain a new secondary stat or it could increase the existing secondary stats as the mod is levelled to Levels 3, 6, 9, and 12. 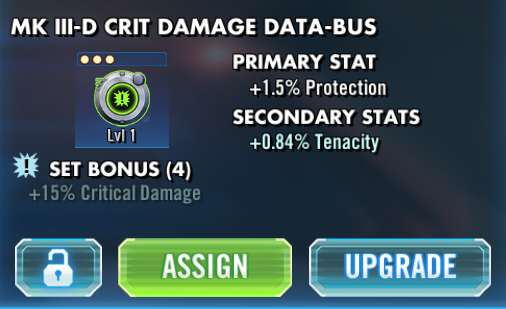 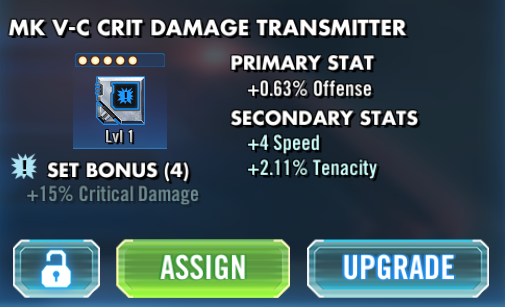 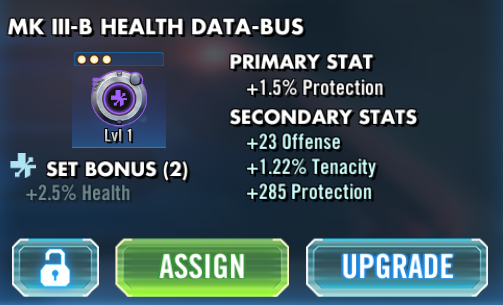 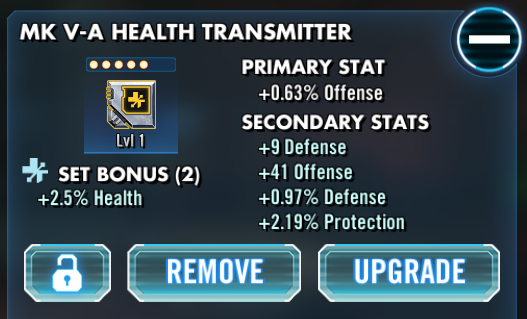 Gold mods are the most sought after as any of the 4 secondary stats (preferably if Speed is one of those stats) could increase up to four times and it is only with Level 1 Gold mods that the highest secondaries can be achieved.

The mod color/quality is key to determining which mods will benefit most from an upgrade and which mods are most likely to have their secondary stats increase.

Mods are equally referenced by both color and tier quality name.

A mod referred to as 5B is a Purple 5* mod. A mod called 3D is a Green 3* mod. The ability to associate mod tier name with a color can be useful in quickly identifying mods with other players.

There’s a small number that appears beside each of a mod’s secondary stats. This number is an Upgrade Indicator that advises how many times a secondary has increased from Level 1 to the mod’s current level.

All mods with secondaries showing will start with (1) at Level 1. If a secondary is increased 4 times, the secondary stat will show as (5).