While throwing 100 Gear 11 characters at the different phases of the Heroic Rancor could eventually finish off the rancor, there are some characters that work extremely well against the Rancor and should be utilized above all others. The goal with soloing the Heroic Raid is to complete the full raid with just a single team of 3-5 characters. 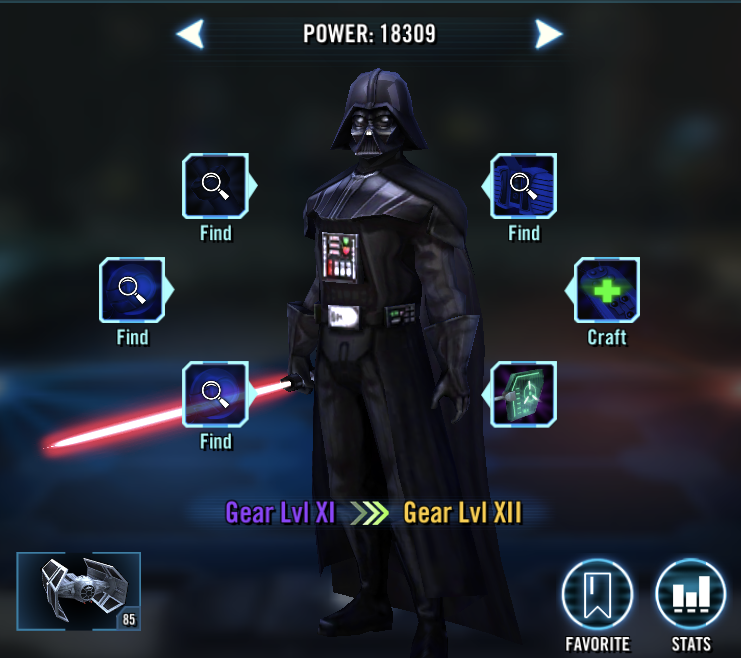 zVader – Vader’s Inspiring Through Fear Leader ability, once zeta’d, gives himself and any Sith or Empire characters under him a 50% chance to remove 20% turn meter on each turn. Vader also applies Damage Over Time debuffs (DoTs) through his Force Crush Special ability that continually stack up and re-apply even after they expire. Gaining 20+ DoTs on the captain/rancor means huge damage once Vader’s Culling Blade Special ability is used. Potency should be above 60% to make the most of Vader in the raid.

Teebo + Ewok Elder – Teebo, when under Stealth buff, can remove all turn meter on his Basic ability. His Special (Ewok Scramble Tactics) allows him to stay under Stealth for three turns and his Leader ability (Guerrilla Warfare) almost ensures that he is continually under Stealth. Teebo’s other Special (Bring Low) can also Dispel as well as remove 60% turn meter, which can be very useful in Phase 1 if either of the side guards are taunting. Ewok Elder both gives and receives additional turn meter with Teebo. Elder can also heal and cleanse Debuffs and revive toons should things start to go awry during the raid. Teebo needs to have Potency above 65% or higher, though this can be easily achieved with 6 Potency set mods at any dot quality.

Qui-Gon Jinn – QGJ has a 65% chance to remove 30% turn meter on his Basic ability each turn. QGJ also as the ability to Dispel on his Special ability (Humbling Blow), making him excellent to use, especially in Phase 1 where a taunting side guard could allow the captain to take several turns. QGJ’s assist first Special (Harmonious Assault) should only be used to apply massive damage against the rancor only when the door is down. QGJ needs to be modded well with high speed secondaries and also with Potency above 65%. 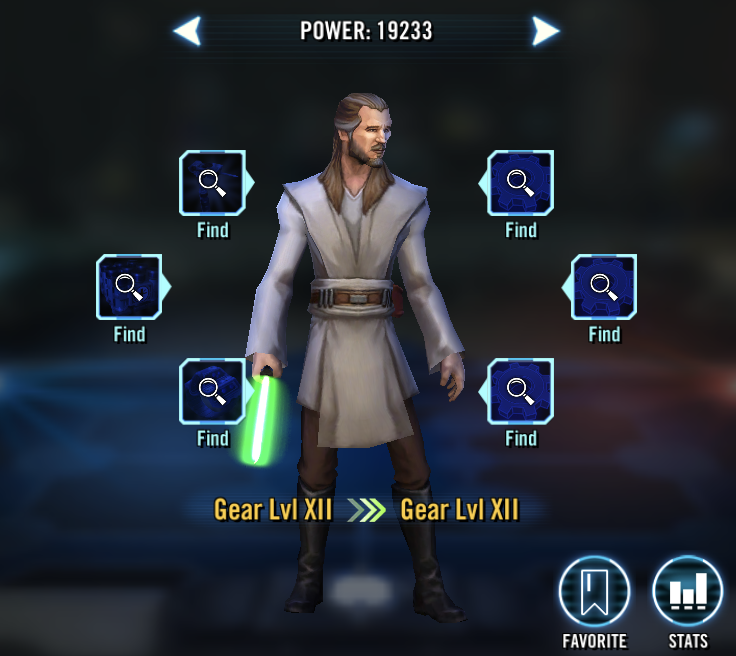 Wedge + Biggs – One of the best duos in the game, “Wiggs” can apply extremely large amounts of damage in just a single turn from Biggs’ Comrade-in-Arms Special which lets himself along with Wedge and a third toon to attack all at once. When joined with a Stealthed Teebo or another high damage dealer, turn meter can either be removed or just significant damage can be applied. Wedge and Biggs both need to have Critical Damage mods as well as high speed secondaries, preferrably above 170 Speed.

Jyn Erso – Jyn’s second Special (Truncheon Strike) can remove all turn meter from an enemy and the Special is on a short 2-turn cooldown, so it can be used often. The key is to time the use of her Truncheon Strike in cases where other turn meter removals are failing against the captain/rancor. Jyn can also utlize her first Special (Rebel Counterattack) to give 100% turn meter to an allow, and when running with other Rebels, Jyn can also revive fallen toons in case things go wrong during the raid. Jyn needs high Potency and high speed secondaries to be of greatest use. 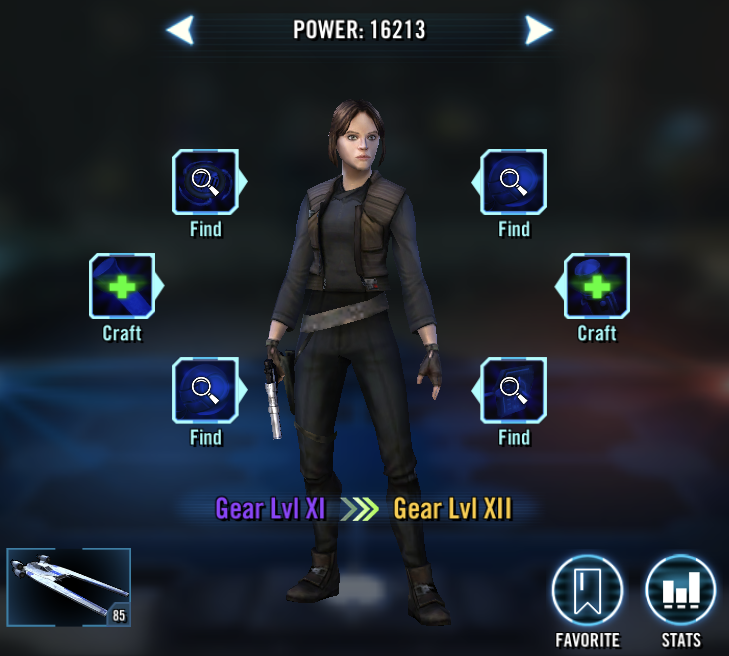 TIE Fighter Pilot – TFP, aside from having very high base speed and high damage, also applies
Tenacity Down (Basic), Ability Block (TIE Strike), and Buff Immunity (TIE Strike). While Ability Block and Buff Immunity do little specifically against the Rancor, they are invaluable for Phase 1 in keeping the side guards from taunting or gaining buffs from the captain. Tenacity Down is the key Debuff used across the full raid. TFP needs 4 Crit Dam mods with high speed secondaries, a Speed primary arrow, 2 Potency mods, and a Potency primary cross for greatest use.

Captain Phasma – Phasma can apply Defense Down on her Basic which will increase the likelihood that other Debuffs will stick to the captain/rancor and she can also apply Speed Down on her Special (Fusillade). What gives Phasma an edge in the raid, however, is her Victory March Special which gives 50% Turn Meter for the full team. The turn meter gain can prove vital in situations where RNG is preventing TM removal on successive turns. Victory March should be timed for use only in scenarios where an additional turn can mean the difference between the captain/rancor taking a turn or not. Examples include, Teebo comes out of Stealth, TFP needs to go again to apply a Debuff, Jyn needs to use her special to revive Rebel allies, etc. Phasma needs high speed secondaries and Potency. 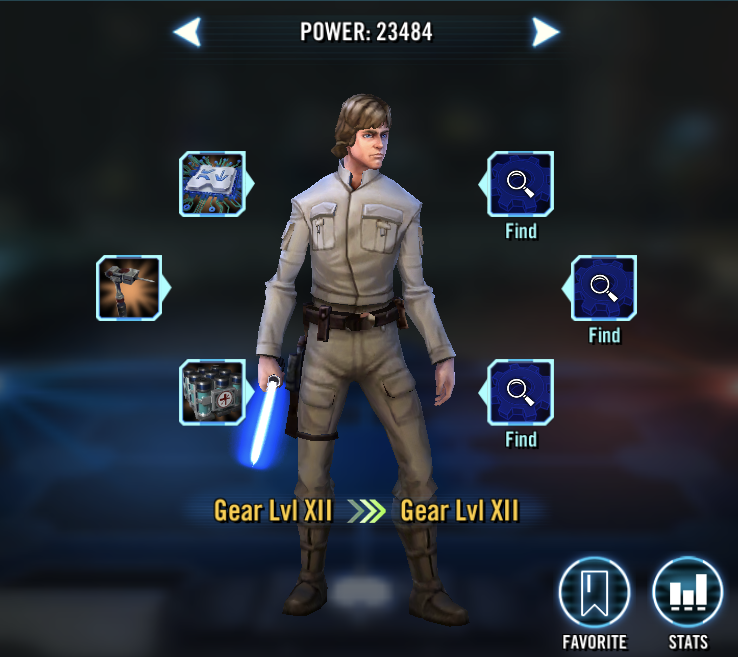 Commander Luke Skywalker – CLS is extremely useful just about anywhere in the game. Aside from high base speed and tons of damage, CLS can apply Speed Down, Defense Down, Buff Immunity, and Tenacity Down. CLS can also self heal, self cleanse, add back his own Protection, and give TM to himself and other allies, as well as remove all TM on his Special. At G12, high speed, high potency, high Crit Dam, and zetas on It Binds All Things and Learn Control, CLS can solo the full raid entirely on his own. When used on a team with others such as zVader, Jyn, Wiggs, etc. CLS can be used to not only solo the raid, but solo using the Auto option. CLS needs 4 Crit Dam mods with high speed secondaries, a Speed primary arrow, 2 Potency mods, a Crit Dam primary triangle, and a Potency primary cross for greatest use.

Other fun toons to use: 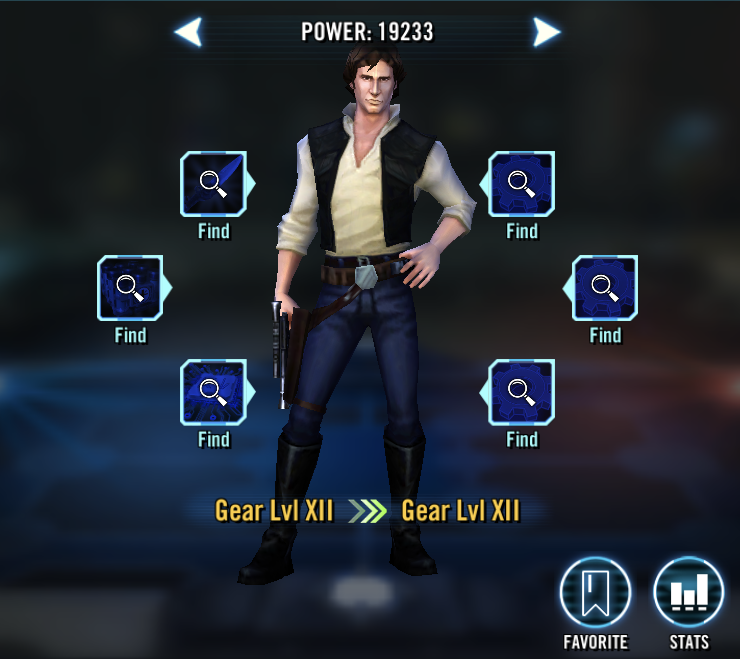 Thrawn – Fracture does not apply to the enemies, but will do a lot of damage and reduce turn meter
Nihilus – Annihilate will not apply to enemies, but does 3-6% damage each time, and Force Draid (doesn’t increase enemy cooldowns) can reduce turn meter as well as still reduce Annihilate cooldown
zSidious – When paired with zVader, the Exposes and DoTs all add up for incredible damage; zeta required
zRaid Han – Lots of continuous damage against all enemies; zeta required
Bistan – With his Frenzy ability, Bistan will lots of Turn Meter and so will other allies

These characters are not set in stone and many others can be used to solo the Rancor. Including any of these characters, however, will greatly improve the effectiveness of your team and will often aid in Auto Soloing the raid.

Commander Luke Skywalker is unique in that he can complete virtually almost any task within the game, including soloing the Heroic Pit Raid just by himself. It’s best to ensure that CLS is modded very well with Speed at 230+, 216% Critical Damage, Potency as high as possible, and has all three of CLS’ zeta abilities: Rebel Maneuvers (lead), It Binds All Things, and Learn Control.

Credit to PsychoPoet for the best tactics to use for completing the Heroic Rancor using only CLS.