Characters in Star Wars Galaxy of Heroes are all unlocked at Level 1 and can be levelled to Level 85 through the use of credits.

In this section we’ll review the stats increased with level increases and the attributed costs. 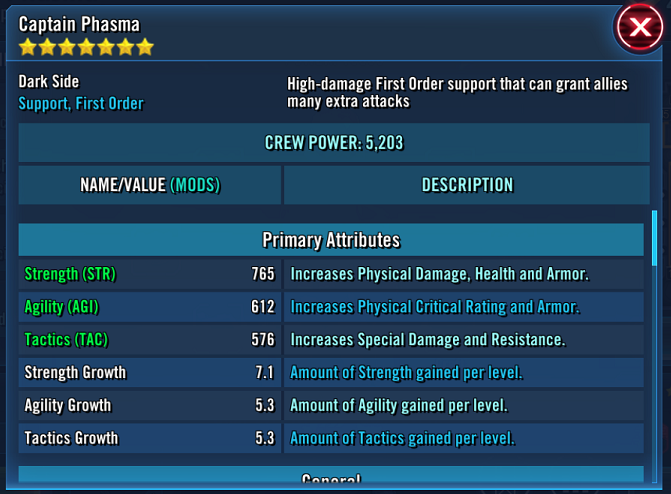 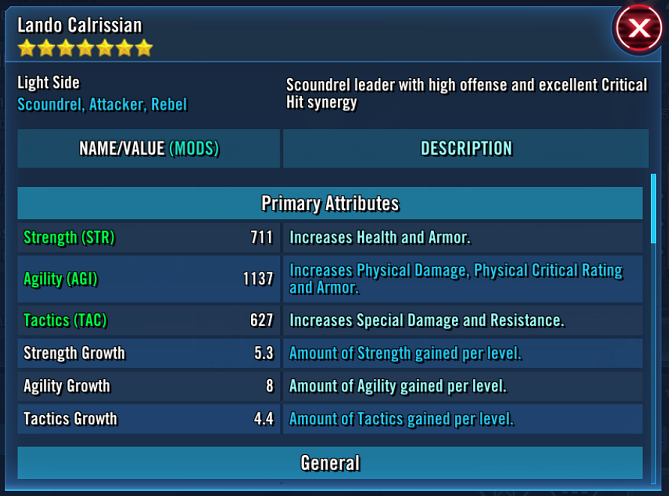 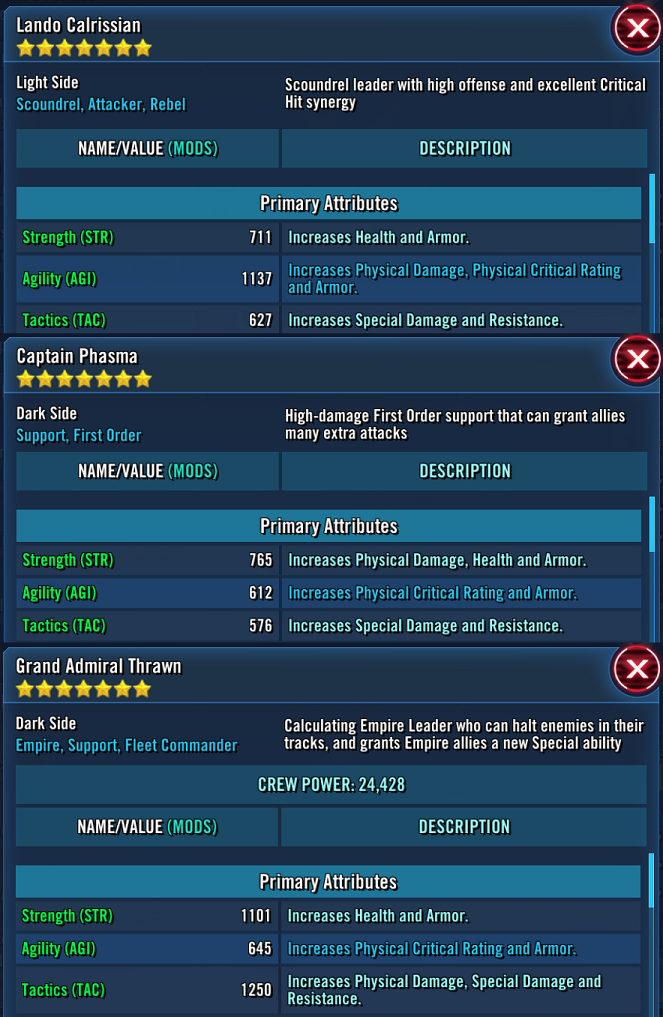 Overall, since different characters have different growth modifiers, all the level increases eventually balance for each character as they approach Level 85.

As the character’s level increases, the cost to level them to the next level will also increase. This increase starts out slow and trivial, but the costs increase exponentially from Level 1 to Level 85

The exponential costs in levelling characters gains most importance in relation to character abilities and gear.

Individual gear pieces can be locked behind different levels. In the below example, the selected gear piece could be crafted and equipped on Finn, but this piece requires that Finn is at Level 65. 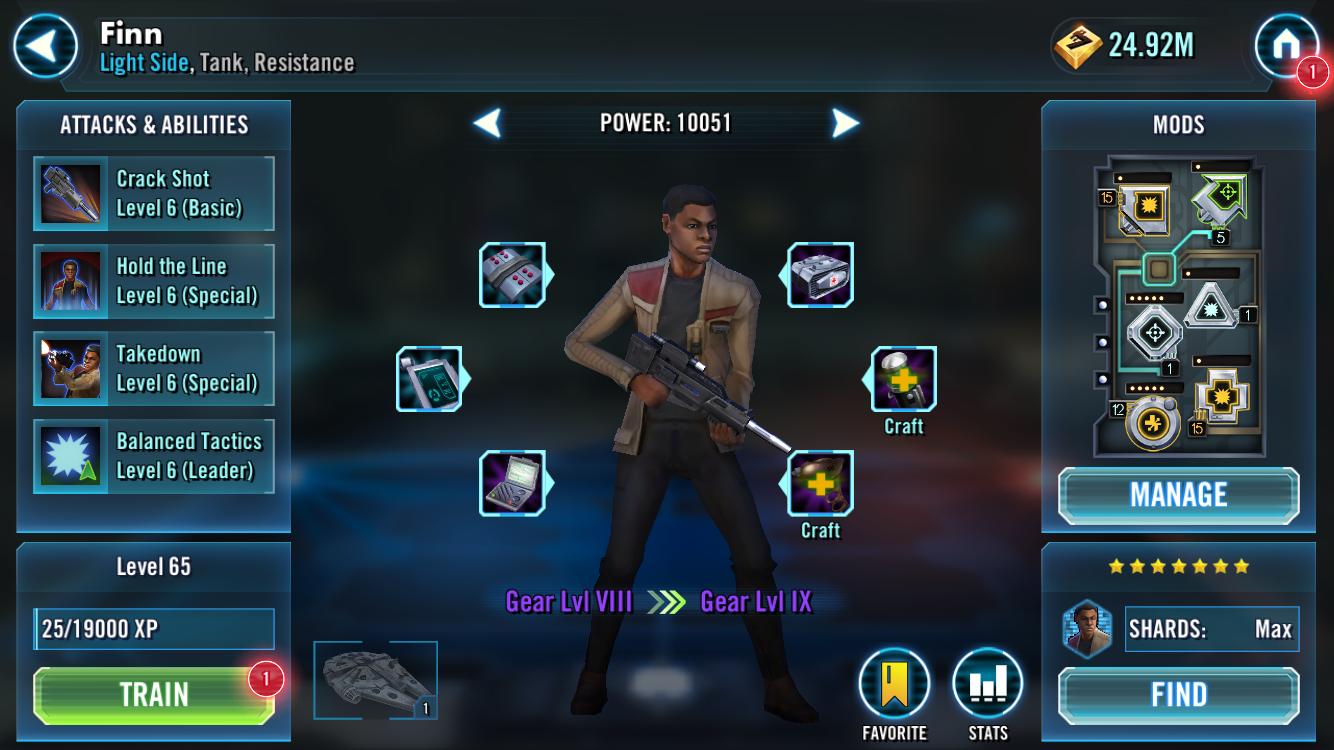 Abilities can also be locked behind both Levels and Gear Levels. In the below example, Kylo Ren Unmasked’s (KRU) Scarred ability is locked until Gear Level 6, but KRU can’t be brought to Gear 6 until he reaches Level 42 when the last piece of Gear 5 can be added to him. 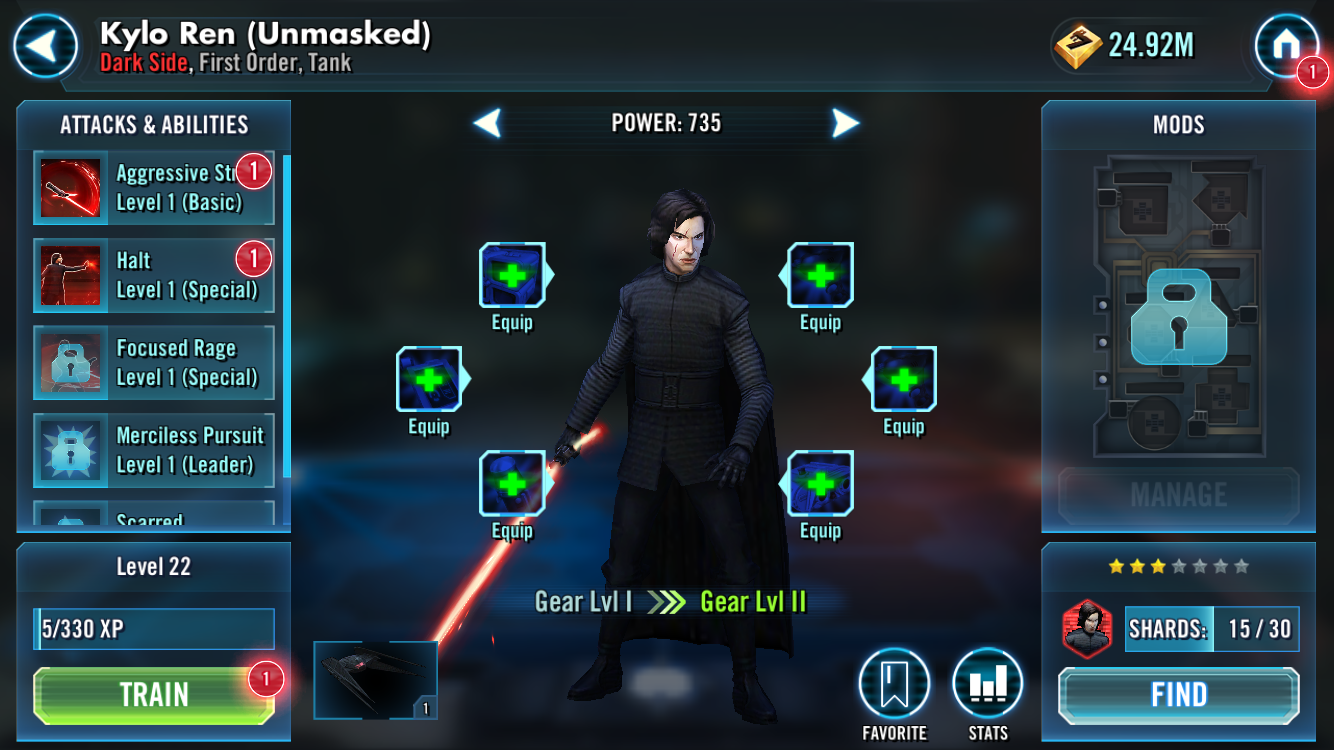 Looking at the below chart, it is easy to see how quickly the costs for levelling characters can go up…exponentially. 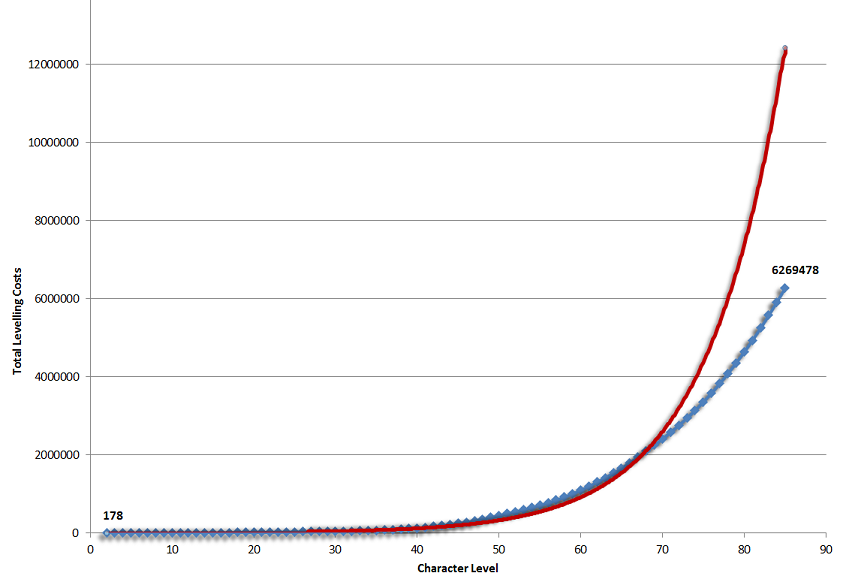 A true exponential curve is even in red added for reference. Be sure to save your credits and try to avoid levelling characters for the sake of levelling them. While the costs are cheap in the first 50 or so levels, the costs get very expensive between Level 55 and Max Level.

There is a calculator available that will tell you specifically the exact upgrade cost from one level to another:
http://apps.crouchingrancor.com/Calculators/CharacterCost