The first step in soloing the Rancor is to have an understanding about the raid enemies.

Phase 1 includes Gamorrean Captain and two others, the Brute and the Guard. Damage is only applied in the full raid when the Captain is attacked. Attacking either the Brute or Guard will not incur damage in the raid. When Phase 1 begins, the Captain instantly uses his Rally the Guards attack, which spawns the others and then sets this attack on cooldown. If the Captain continues to take turns, eventually he will use Kill Order which applies the Deathmark Debuff and can severely damage a character. The Captain is also immune to ability cooldown increases, Stun, Deathmark, Fracture, Annihilate, Ability Block, Shock, or Stagger.

The Brute will use his Impede ability as soon as possible to begin Taunt, as will the Guard with his Muscle In ability, which also includes Retribution. While either Taunt is in effect, the Captain can only be hit with Area of Effect attacks (AoE) and cannot otherwise be damaged, making it more difficult to apply overall raid damage.

After 15 turns, the Captain and the others will reach Enraged which does so much damage that few characters will survive more than a single hit.

The Rancor’s abilities apply different Debuffs (Healing Immunity, Stun, and Health Down) and with each turn, the cooldown for the Devour ability decreases. Devour causes instant death, it cannot be evaded, and excepting Nightsister Zombie (through her Endless Horde Unique), no character can be revived from Devour. Devour starts on a 5-turn cooldown which can be reduced through the Rancor Slam ability. Like the Gamorrean Captain, the Rancor is also immune to ability cooldown increases, Stun, Deathmark, Fracture, Annihilate, Ability Block, Shock, or Stagger.

Similar to Phase 1, after 15 turns, the Rancor will reach Enraged which usually ends the battle with a defeat. 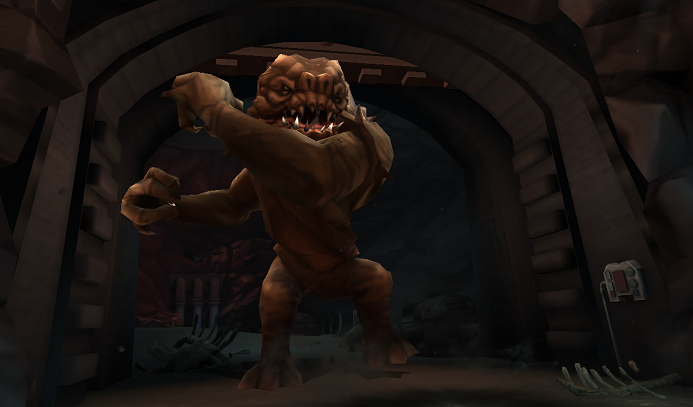 Phase 4 differs from 2 and 3 in that the Door Control Panel is no longer available and the Devour ability is removed, but the Rancor has higher Speed and the cooldowns recover faster as well, making him more difficult to finish.

Now, let’s take a look at the process and tactics used for soloing the raid.