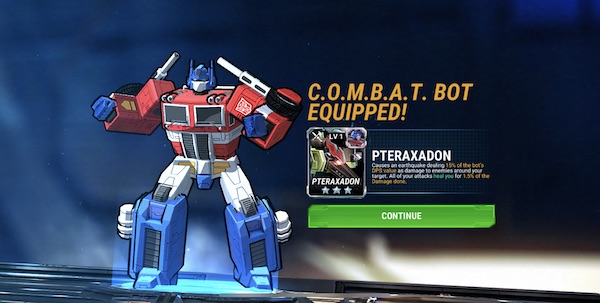 The Battle Masters COMBAT bots in Transformers: Earth Wars are individual bots who enhance the equipped bot, much like Power Cores. While yesterday was the first day we got to see these new enhancements, today is the beginning of our first weekend event where we can do anything with them. Note that we will also be beginning a Best COMBAT bots section of the site to help our readers best pair the COMBAT bots with the standard bots in TFEW.

Here is a look at the abilities for these COMBAT bots and their 2-star stats: