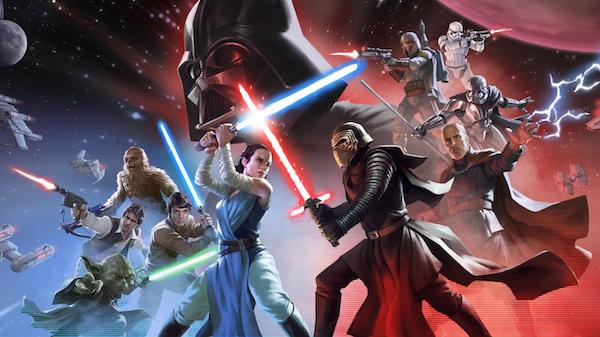 The Road Ahead was released today by EA Capital Games and the Star Wars Galaxy fo Heroes community has a few new characters to look forward to. While the Bad Batch are getting the current attention in-game, and we know Wrecker is the next to join us, today’s post announced two new characters that had not yet been known about – Commander Ahsoka Tano and a new Galactic Legend, Jedi Master Kenobi.

To start, we have Wrecker joining us from the Bad Batch next and on May the 4th we will get another Bad Batch character announcement – either Crosshair or Echo. Wrecker is the 3rd Bad Batch character in-game, and the kit for Wrecker, as well as the Developer Insights, are posted on the EA SWGoH forums.

Commander Ahsoka Tano is also set to join SWGoH, specifically available through the Conquest game mode. Here is what CG has to say about the new Ahsoka incoming:

Much like our Bad Batch units, Commander Ahsoka Tano is inspired by key moments from Season 7 of the Clone Wars. She is designed to be stronger than a Marquee character but not quite at the scale of an Epic Confrontation unit. We are also increasing the amount of shards you will be able to earn throughout an event – you will be able to unlock Commander Ahsoka at 7* after 3 Hard Conquests if you are earning the maximum reward crate and purchase her shards from merchants.

In addition to Wrecker and Commander Ahsoka Tano, CG announced the coming addition of SWGoH’s next Galactic Legend character – Jedi Master Kenobi. Here is what they had to say about JMK in the post:

Just like previous Galactic Legends we will be rolling out the requirements over time but this time with a schedule for when you can expect to see them. You can find the first group below, but the next set of requirements will be announced on 5/19 and the final set will be posted on 6/09. There will be Double Drops associated with each of these announcements to help you prepare and unlock this newest Galactic Legend as soon as he is released.

Based on this info, we will know more about JMK later in May and have all of the requirements on June 9th.