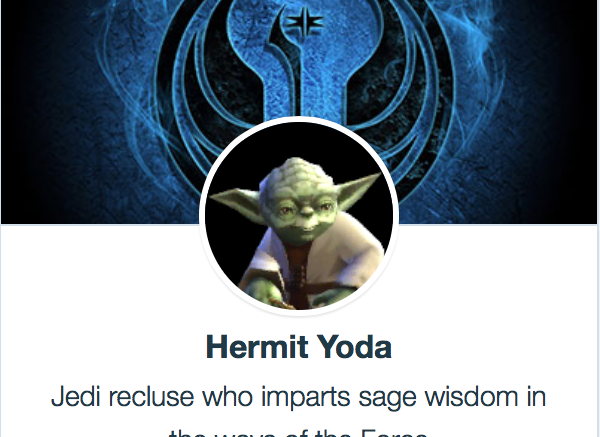 Hermit Yoda is a new character in Star Wars Galaxy of Heroes, launched with the introduction of Territory Battles – Hoth, with an incredibly interesting kit, and exclusive to the new Territory Battles Guild Events Store. This little guy really has the potential to shake up the META in SWGoH. As someone who has been running Jedi in Arena for 9 months now, I really cant wait to try this guy out for myself, and I think I know the best team to use him in. 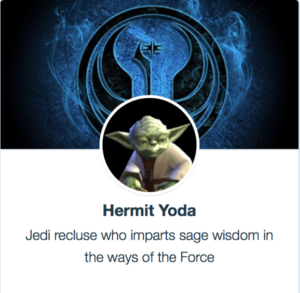 Let’s start by taking a look at Hermit Yoda’s abilities:

Masters Protection: All OTHER allies recover 10% Health and 5% Protection. All OTHER Jedi allies gain 5% Turn Meter

Master’s Training: (Cooldown 3) Yoda gains Stealth for 2 turns. Dispel all debuffs on target other ally and grant them the Master’s Training unique buff until the end of the battle. Then, call all allies with Masters Training to Assist. Masters training: +25% (doubled on Jedi) Accuracy, Defense, Offense, Potency, and Tenacity. Can’t be dispelled or prevented.

Strength Flows from the Force: (Cooldown 4) All Allies have their current Health percentages equalized. (Health equalizing ignores healing immunity.) Then all allies recover 20% Health and Protection and Jedi allies gain Foresight for 2 Turns.

In Exile: Yoda gains Stealth for 2 turns at the start of each encounter and has +100% evasion while Stealthed. When there are no active allies Yoda escapes from the battle.

Do or Do Not: Whenever an ally with Master’s Training is defeated, Yoda gains 100% Turn Meter and resets all of his cooldowns.

When I first planned to write this article I was thinking, wow, with a base speed of 160 you can put some decent mods on this guy, use a Zeta Qui Gon-Jin and have him sitting around 300 effective speed. Then running a team of full Jedi around him, you can buff everyone and see some real damage, but I realize now that is not the best way to use Hermit Yoda. The team that I can see redefining the META is this: General Kenobi Lead, Zeta Barriss Offee, Ezra Bridger, Hermit Yoda and the 5th spot can be flexible with Anakin Skywalker, Aayla Secura, R2-D2, Darth Nihilus, Commander Luke Skywalker, or Grand Admiral Thrawn. Stack enough speed on hermit Yoda to get him in the 260+ range and you have a fairly good chance of him going first. Then your match should play out something like this:

Master’s Training on General Kenobi, who now because of his leader ability has +120% defense and is the biggest tank ever. Have Ezra call Yoda to assist, and then watch the other team melt.

Why will they melt? Well see Hermit Yoda does not attack, his basic heals everyone, and whenever a Jedi uses a healing ability (under a General Kenobi lead) all allies with full health are called to assist. That means most of the time Yoda’s basic ability is a team attack. And because Yoda is considered support he gains 40% Turn Meter, Ezra gains 45% and all other Jedi gain 5%. You can use the Barriss heal ability to call another team attack, and at this point I don’t know what happens with Yoda, perhaps he just heals everyone, but perhaps his heal calls another team attack, and you can do the same again with the General Kenobi Lead the Charge special.

In short in your first four actions you could potentially have had Ezra attack six times, and each of those has a possibility of being a double attack, meaning 12 attacks from one of the highest damage dealing Jedi. Six attacks from Barriss and six from General Kenobi, along with six from Commander Luke Skywalker or whomever else you put in the 5th spot. Basically you will be melting the other team insanely fast.

I could go on about how amazing hermit Yoda will be in a Jedi team but I think you now get the picture. The only real question will be is it better to buff the team when you can, or just keep spamming the team attack button on his basic. Only time will tell, but personally I think you want to buff whenever you can because +50% to basically everything will just make the rest go that much faster.

SWGoH: Territory Battles Hoth – A Look at the Reward Structure

yoda basic will not proc the mass attack. only triggers under Gk when the jedi use a special healing move

Hoda does not proc GK All Call because that requires a whole team heal. Hoda’s basic does not heal himself.