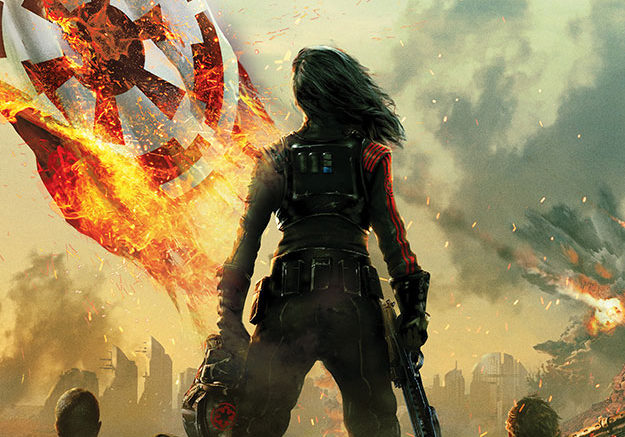 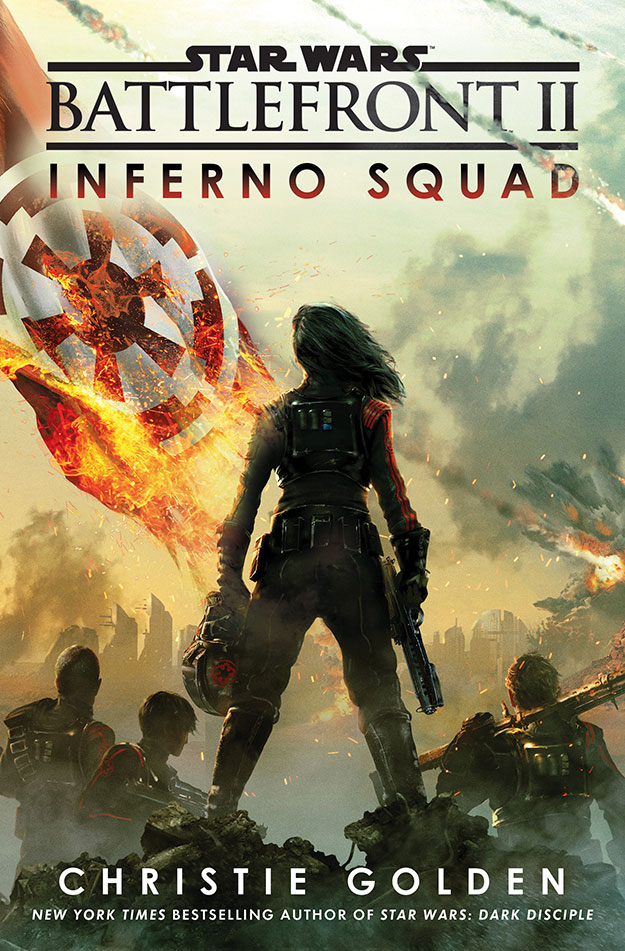 Battlefront II – Inferno Squad was released in August 2017 and was written by Christie Golden. The story begins on the Death Star as the main character, Iden Versio, an Imperial TIE Pilot who survived its destruction aboard her TIE Fighter.

The book then centers around the aftermath of the destruction of the Death Star at the end of Episode IV: A New Hope, and focuses on four Imperial Officers – Iden Versio, Giedon Hask, Del Meeko and Seyn Marana. The group is assigned to work together, led by Versio, on special missions including a daring mission to wipe out the remnants of Saw Gererra’s Partisans, called the “Dreamers.”

After the humiliating theft of the Death Star plans and the resulting destruction of the battle station, the Empire is on the defensive. In response to this stunning defeat, the Imperial Navy has authorized the formation of an elite team of soldiers, known as Inferno Squad. Their mission: infiltrate and eliminate the remnants of Saw Gerrera’s Partisans. Following the death of their leader, the Partisans have carried on his extremist legacy, determined to thwart the Empire—no matter what the cost. Now, Inferno Squad must prove their status as the best of the best and take down the Partisans from within. But as the danger intensifies and the threat of discovery grows, how far will Inferno Squad go to ensure the safety of the Empire?

My overall opinion of Inferno Squad is positive – positive enough to consider it one of my Top 5 canon novels thus far. Having now read several of the canon novels currently in publication, this was an interesting read, and as the book neared its end I had a harder time putting it down. It was an good read overall so I will give it a rating of 8 out of 10.