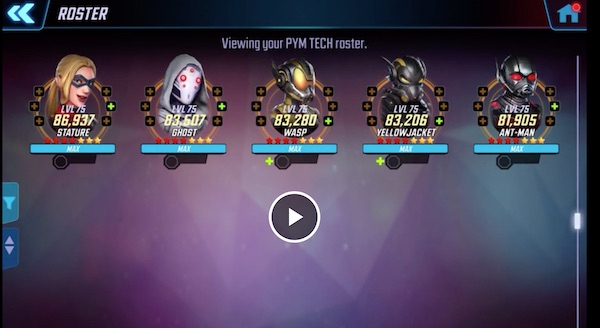 Marvel Strike Force continues to evolve and grow at a pace that leaves their competition scratching their heads, and as a part of the game’s Envoy program since it first began, Gaming-fans.com is pleased to release the following new characters coming to the game. This is of course in addition to the character kit reworks for Ant-Man and Wasp, which we will feature in a separate article. Let’s take a look at the new characters inclining to MSF which include Doctor Doom and three new members of the new Pym Tech faction: