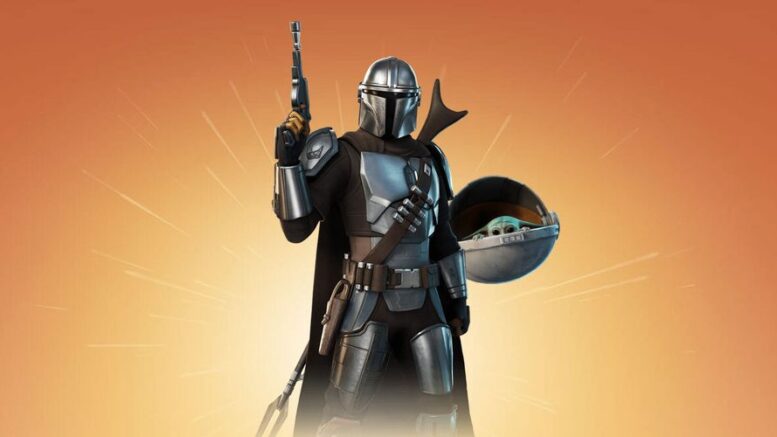 Anyone who has been following Gaming-fans.com for any significant amount of time can tell you that we rarely cover console games on the site. Of course, as the gaming industry continues to grow and evolve, so must those within it. Today I will review the most recent Battle Pass in the popular game Fortnite, a game I had (purposely) little interest in before Christmas this year. But when one has kids who have been (mostly) nice throughout the year, Santa usually rewards them with new Lego sets and video games, and thus a whole new door is opened.

As a professional in the industry for years now, but with a very limited view of how games are monetized given my extreme focus on just a handful of mobile titles, I must say that the Fornite financial revenue model is well-done. You offer a real-time shooter game with mini-games and maps and then work pop culture, music and “what’s hot” into it, offering a very affordable Battle Pass each season. I’ll be 100% honest with the community and say this – if The Mandalorian Skin was not part of this current Fortnite Battle Pass I would have put my foot down and not allowed them to spend a penny on the game as I know all too well how the rabbit hole of spending money on games works. But the Star Wars crossover was certainly the selling point, and my kids know that their father is a sucker for all things Star Wars, so out came the credit card to buy some V-Bucks. Let’s take a look at how the Fortnite Battle Pass works and what you get.

What Do I get from Fortnite’s Season 5 Battle Pass?

The Mandalorian skin is the key draw to Fortnite’s Chapter 2, Season 5 Battle Pass, and whether you want to run around as Din Djarin or have The Child strapped to your back, the imagery is fantastic. They even have a Razorcrest glider included and you can acquire The Mandalorian’s jetpack in-game in the right scenario. While this is not something I have experienced, I understand that many Battle Passes with Fortnite make you buy and then earn the crossover skin, but in Chapter 2, Season 5 The Mandalorian skin is granted upon purchase, then you can improve his armor by upgrading to Beskar Armor pieces when you complete specific tasks. Given the Fornite Battle Pass costs 950 V-Bucks, about $8 (USD), this price is rather low when compared to many others in the gaming industry today.

In addition to the The Mandalorian Skin and the Razorcrest Glider, you get a Baby Yoda/The Child Emoticon, a Mandalorian-themed Spray and Loading Screen, the Mancake skin/character and his Pancake-themed accessories and more.

If you are a sucker for all things Star Wars like me, and you or your kids play and enjoy Fortnite, yeah, you should buy it. I rarely say yes so easily, but it’s Mando we’re talking about. This guy and his show has single-handedly revived the Star Wars franchise and the cost here is incredibly reasonable. Normally I say something like “you should buy only what you can afford and what makes your gameplay more enjoyable,” or some crap like that. While I truly mean it, in this case I feel like this one is a no-brainer.

For those of you who are not as familiar with Fornite, you not only get the skin, glider, emotes, etc., you also have tasks throughout the season to gain more rewards (like the Beskar armor upgrades for Mando) and you get to keep them moving forward, so they are not just to be used during the current season. In addition, seasons last around 2-4 months with Chapter 2, Season 5 having started on December 2, 2020 and scheduled to last until March 16, 2021, so you still have time to buy.

SWGoH: Three Keys to Continued Success for Galaxy of Heroes in 2021

SWGoH: The Mandalorian (Beskar Armor) Incoming to Galaxy of Heroes

Be the first to comment on "Should I Buy? Fortnite’s Season 5 Battle Pass featuring The Mandalorian Skin"

Use it for purchases at any Apple Store location, on the Apple Store app, apple.com, the App Store, iTunes, Apple Music, Apple TV, Apple News,…