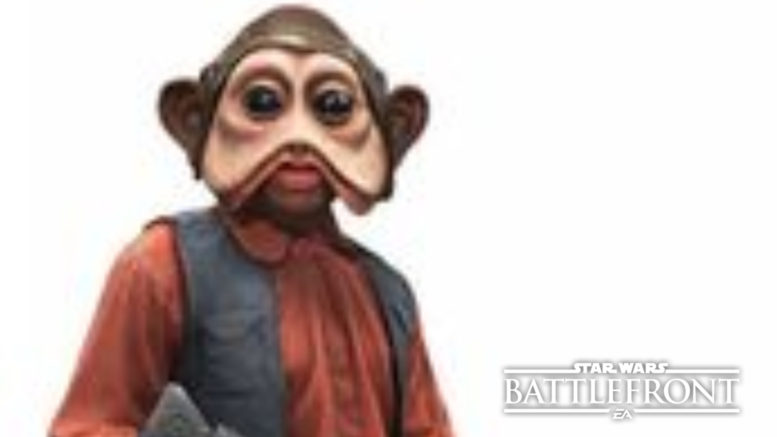 Nien Nunb served Lando Calrissian’s co-pilot aboard the Millennium Falcon during the Battle of Endor. He spoke the liquid, chattering tongue of the Sullustans.

Nien Nunb is a defensive, calculating hero who provides strategic reinforcements and lethal precision to the Rebels. 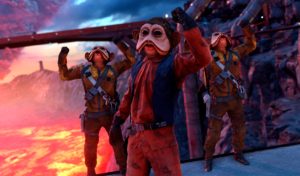 He is a combination of sharpshooter, engineer and pilot, which is reflected in his abilities. They are:

Rapid Pulse Cannon: This is a quick firing sniper rifle that does massive amounts of damage. This is Nien Nunb’s primary ability.

Augmented Turret: A turret that can be placed down. The more damage the turret does, the stronger it gets.

Proximity Bombs/Orbital Strike: In smaller game modes Nien Nunb gets 4 proximity bombs he can place anywhere. In larger game modes he can call a powerful orbital strike onto a selected area 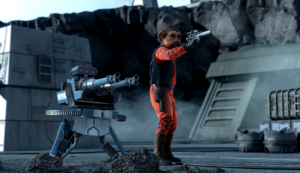 Nien Nunb and his Augmented Turret

His central trait is connected to his turret.

As Nien Nunb kills enemies, his turret is upgraded, turning it into a very formidable foe. 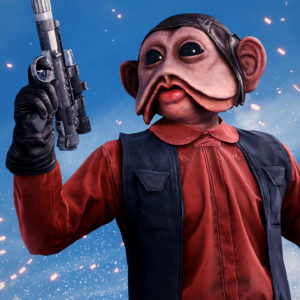 Click on the Thumbnail below to be taken to my video on Nien Nunb where I show you some strategies to use when playing as him. 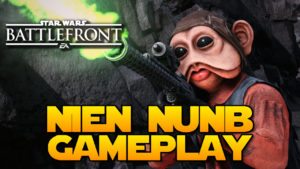 Be the first to comment on "Star Wars Battlefront: Nien Nunb Guide & Showcase"