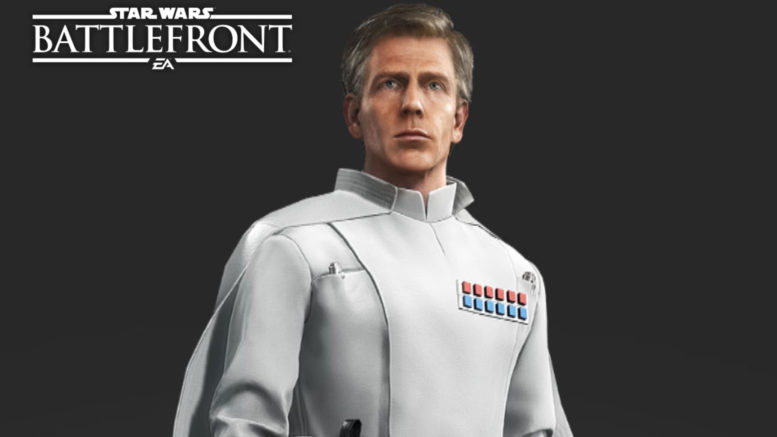 As director of Advanced Weapons Research for the Imperial military, Orson Krennic is obsessed with the completion of the long-delayed Death Star project. A cruel but brilliant man, Krennic has staked his reputation on the delivery of the functional battle station to the Emperor.

Orson Krennic is a cruel but brilliant Imperial leader with support abilities tied to the troopers surrounding him. He is a driving force for the Imperials and brings the troops together for a strong push.

He has the ability to strategize his positioning and his trooper’s position to get the most out of his abilities. 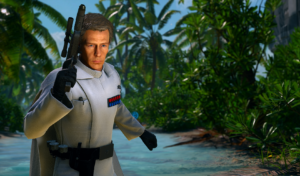 Krennic flanked by a Death Trooper

As soon as Krennic is present, two players will be able to spawn as Death Troopers to support him. Their powers will include a Thermal Imploder, a Cooling Cell for their DLT-19 and a Smart Rocket. 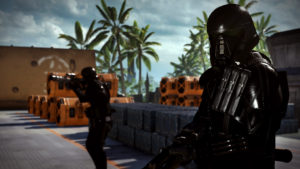 Instead of rewarding kills, Krennic’s trait is based off strategic positioning and teamwork between Krennic and his troops. Imperial units will gain armor by being around Krennic while he gains more armor the more he is surrounded by friendly units. Villains count as two units for this trait rank.

The goal is to make Krennic the center point of Imperial assaults. This trait paired with his Wrath of the Empire ability, will help him capture points by allowing his team to sustain a high amount of damage. 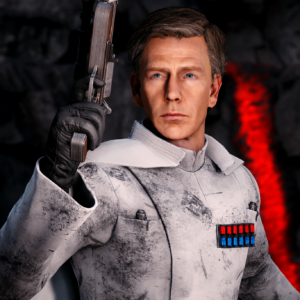 Click on the image below to be taken to my video on Director Krennic where I go over useful tips and strategy for using him in Star Wars Battlefront: 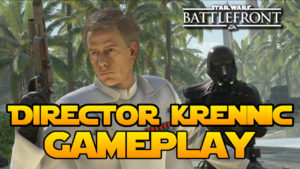 Be the first to comment on "Star Wars Battlefront: Director Krennic Guide"