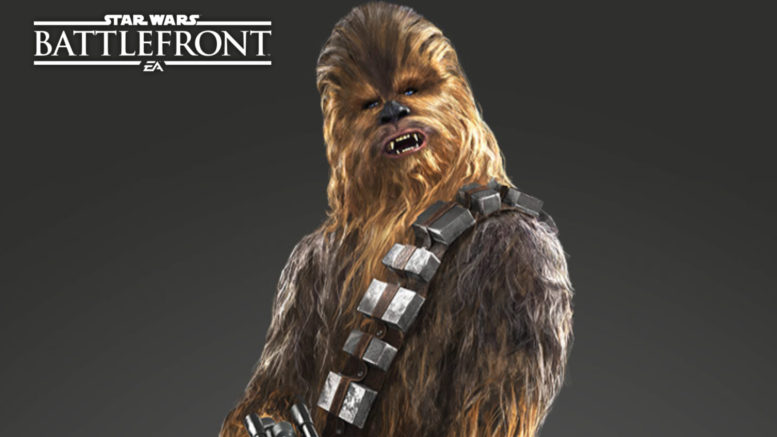 A legendary Wookiee warrior and Han Solo’s co-pilot aboard the Millennium Falcon, Chewbacca was part of a core group of Rebels who restored freedom to the galaxy. Known for his short temper and accuracy with a bowcaster, Chewie also has a big heart — and is unwavering in his loyalty to his friends. He has stuck with Han through years of turmoil that have changed both the galaxy and their lives.

Chewbacca is a smuggler in addition to being the best friend and co-pilot of Han Solo. He was added as a hero for the Rebel Alliance in the Death Star expansion pack. Armed with his signature bowcaster, Chewbacca can deal out even more damage than he can take. 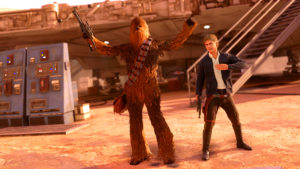 Multi-Bolts: The Multi-Bolts ability will, for a short time, double the amount of bolts per shot fired by Chewbacca. This ability complements his trait and should be used at the opportune moment for maximum effect.

Mighty Roar: With a Mighty Roar, he will inspire rebel soldiers and give them the level three Berserker effect and very high armor for a limited time. Chewbacca will also be affected by the roar and gain armor and damage. Inspired Heroes will get the armor effect but not the damage increase.

Ground Slam: Chewbacca displays his strength by smashing the ground and damaging all enemies in a large area. 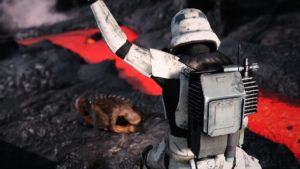 Chewbacca’s trait is tied directly to his iconic weapon. For each trait level, he will shoot one extra bolt to a total of 4 explosive bolts. Combine this trait with his first power, Multi-Bolts, to total 8 destructive bolts per shot. 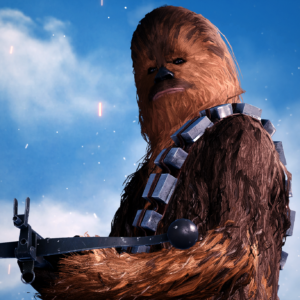 Click on the thumbnail below to be taken to my video guide of Chewbacca where I go over useful tips and strategy: 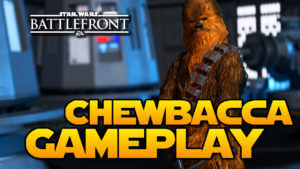 Be the first to comment on "Star Wars Battlefront: Chewbacca Guide"