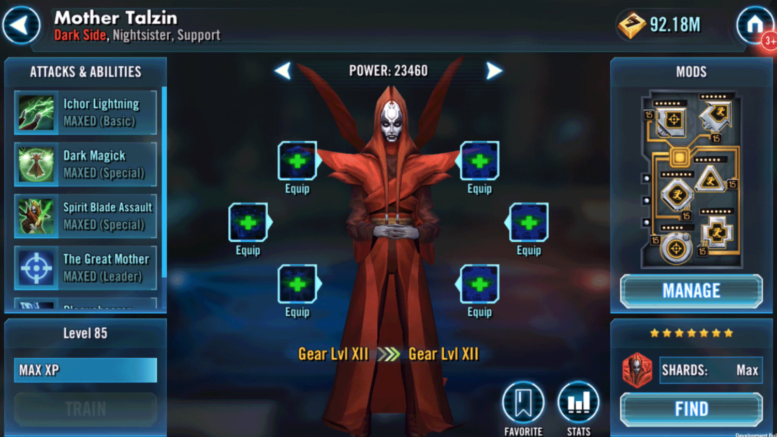 The latest big announcement from Star Wars Galaxy of Heroes is the addition of Mother Talzin (kit revealed below). Along with the rework of the five existing Nightsisters, Talzin and her clan are expected to have their own special event in late October around the Halloween holiday. As part of the GameChangers program, my Best Mods for Mother Talzin article is now live as well. 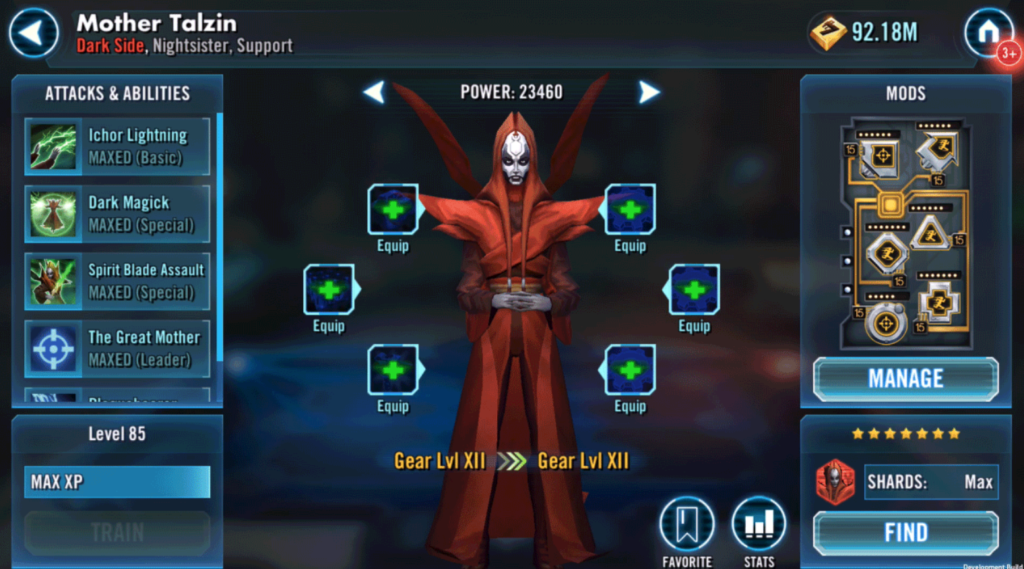 Deal Special Damage to all enemies and inflict Plague for 3 turns. This attack ignores Protection. (Cooldown 4) 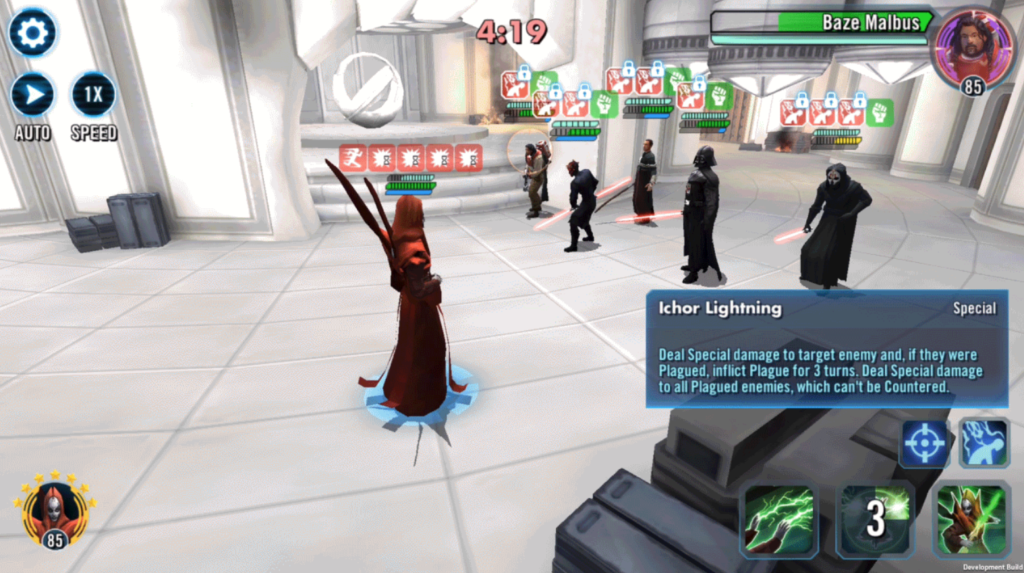 Oooo, I like! Whelp, time to level up my Talia

[…] the most popular member of the Nightsisters. The only Nightsister with a Zeta ability until the release of Mother Talzin and the October 2017 Nightsisters rework, Asajj is a character that appears to have a ton of […]