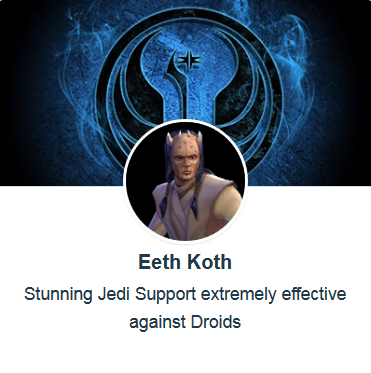 Welcome to the latest article in our series about the popular game Star Wars Galaxy of Heroes where we take a look at the best mods for SWGoH toons. While we do not claim to have all of the answers in this game, we do our own research and have used every toon we write about extensively.

When the Heroic AAT raid was first announced, Eeth Koth was hailed as the go-to character to manage Phases 1 and 3 of the raid. With the Jedi tag lacking a lot of strength, it seemed that the time of the Jedi had finally arrived and many players, myself included, rushed to gear Eeth Koth to see his full potential. All dreams were dashed, however, when Eeth Koth (and pretty much all Jedi) remained useless in the raid. 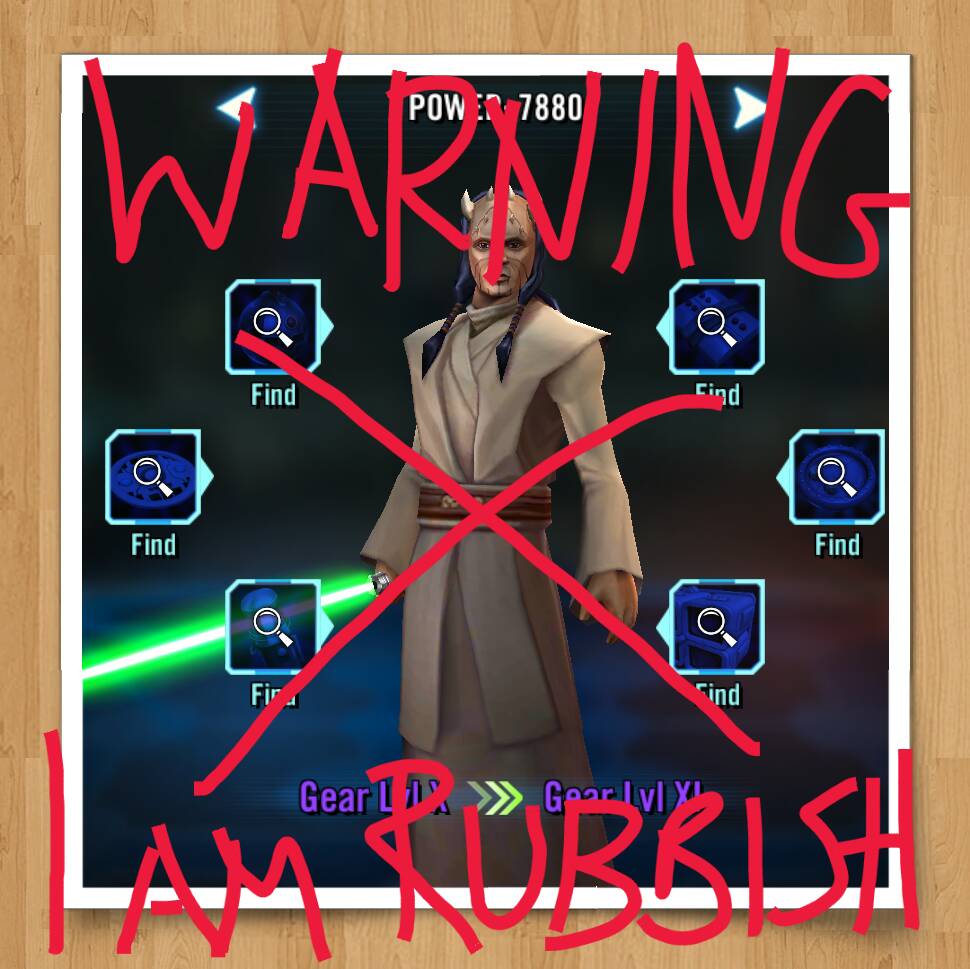 Despite the fact that his kit is described as a virtual counter to droids, Eeth Koth lacks the speed necessary to be fully formidable and he’s only farmable through Arena Store currency that could go to stronger characters. The Empire Alliance has a common image shared any time someone mentions trying to use Eeth Koth that can quickly summarize his use (“Warning: I am rubbish”). That said, all characters should be well-modded eventually, and Eeth Koth can be modded to look like a solid toon, at least on paper.

Eeth Koth’s kit delivers Defense Down and Stun debuffs, and Ability Block on Droids. As with all characters who can unleash multiple debuffs, Eeth Koth should be modded to maximize potency. Eeth Koth has comparatively low Critical Chance with slower speed, however, so it is advisable to utilize either basic Health sets to provide variety to his mod sets.

Main focus: Potency. Speed is also a major factor (as it is with all characters), but since Eeth Koth requires lots of Potency to boost his low base stats, Potency becomes slightly more important for him.

I recommend utilizing Potency and Health mod sets on Eeth Koth, with high Speed and Potency secondaries. Four Potency mods and two health mods are recommended and are relatively interchangeable for each shape. Here is the best mod approach for Eeth Koth: