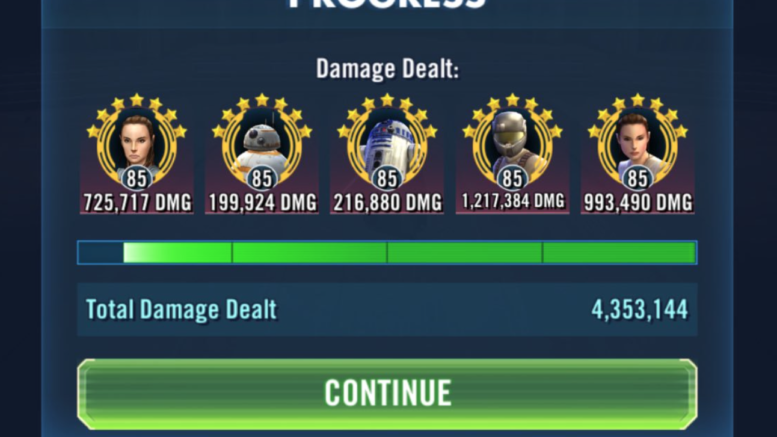 Since Day One of the Sith Triumvirate Raid, teams led by Rey (Jedi Training) have proven to be some of the most effective and most powerful on the scoreboard. in fact, in our Sith Triumvirate Raid guide here at Gaming-fans.com, we list RJT teams throughout the phases as options for anyone not fighting the heroic version of the raid. But oftentimes the most effective and best teams in a raid are found at the Heroic level which better prepares players fighting all tiers of the raid.

Today we take a deeper look at the RJT led Resistance team that is slated for Phase 1 in almost every Heroic STR Guild. Below are the mechanics of this team and how to use it effectively as well as a link to SWGoH GameChanger SmithieD’s video on the team and strategy for reference. Special thanks to DiegoG from Descendants of the Empire for bringing this detailed write-up to my attention and especially to NvR24 from the Inglorious Blasters for doing the heavy lifting on writing this up.

The perfect scenario ends with RJT, R2, BB-8, and Scav Rey all having foresight before DN takes a turn.

Smoke Screen and Defiant Slash: You always want to give foresight to R2 on smoke screen. Use smoke screen as soon as it’s available. For Defiant Slash, you always call BB-8 to assist, which will keep foresight on BB-8. If BB-8 and R2 already have foresight, spread your foresight around through R2’s Smoke Screen and RJT’s Defiant Slash. Keep in mind generally speaking both RT (at gear 12) and Scav Rey have high health steal, so they can take more hits thus don’t need to be given foresight as much. NEVER allow Darth Nihilus to hit more than 2 characters with Drain Force.

Micromanage DN Cooldowns: When DN steals buffs he reduces the cooldowns of BOTH drain force and annihilate, if either cooldown is at 1 and he takes a turn and strips a buff he will immediately use that skill. If the cooldowns are one and he hits foresight he will use his basic a second time.

Unbreakable Will: If your first buff goes to r2 and then when kill first minion goes to bb8, Restart, you prefer to use unbreakable will on Scav rey and JTR as first options, then RT at third, r2 is 4th and never on bb8.

Goal: You should strive for more than 7% per run, doing this isn’t that challenging if you can get all 5 toons to enrage.

Mods for the RJT Resistance Team in the Heroic STR:

1. RJT, Scav, RT all with CD CC sets. Speed and CC sets on R2 and BB8.
2. Fastest speed on BB-8, then R2-D2, then Rey (Scavenger), next on Rey (Jedi Training). Speed is not an issue for RT and he can be at zero speed.
3. All toons need health Circles.
4. Scav, RT, and JTR need offense cross and CD triangles. BB-8 and R2 need Health crosses and ideally CC or health triangle.
4. RT you want all offense including offense arrow.
5. Secondaries for Scav, RT and JTR should focus on Offense and CC.
6. All speed on BB-8 and R2. Don’t worry about anything else. If you can add heath, great. 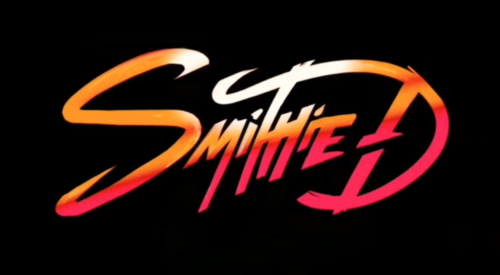 More on the Phase 1 Rey (Jedi Training) team can be found in a variety of sources, but our long-time friend Smithie D has put together a great video which will help you improve your scores as well. Click the graphic to the right to check it out.

Be the first to comment on "SWGoH: A Closer Look at RJT’s Resistance team for Phase 1 of the Sith Triumvirate Raid"