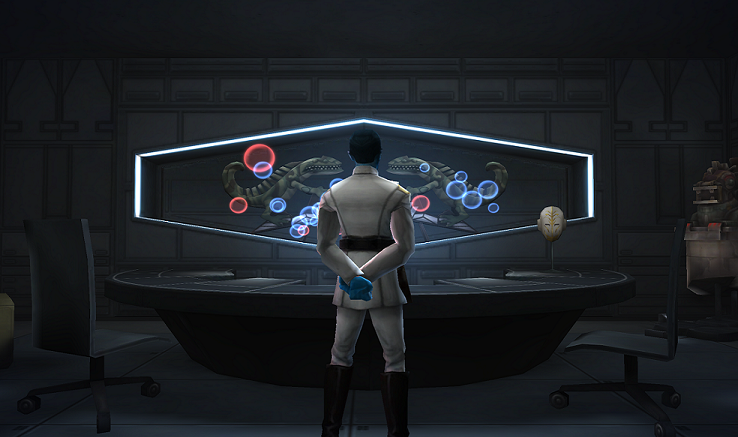 Grand Admiral Thrawn’s Legendary Event, Artist of War, has returned to SWGoH and all players should be striving to acquire this most valued character.

Since his first appearance in SWGoH over a year ago, Thrawn has been a powerhouse character that has shaped multiple metas and is just as useful and relevant today as he was when first released. His Legendary Event is, however, by far the most difficult of all Legendary or even Hero’s Journey events, and it takes the right gear and a ton of patience to unlock Thrawn and especially gain him at 7*.

Take a look at our SWGoH 101 article, Defeating Artist of War Event, for specific details on everything needed finish Thrawn’s event and especially take on that final challenging stage. If you skated by on previous events to just get him at 7*, you’ll also want to review the our tips to master Thrawn’s Mythic Event as well.

Be sure to also check out Best Mods for Thrawn once you’ve got him.

Kaitco of Descendants of the Empire
Gaming-fans.com Senior Staff Writer