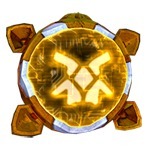 Starting at Level 1 it reads “If you deploy before your Combiner deploys, your Combiner will deal a percentage of additional damage with all attacks.”

So who are the best bots for this Prime Core? In order to provide recommendations, we need to further clarify how the Nexus Prime Core works on offense and defense.

Offensively, from the perspective of your squad attacking a base in war or resource raid (not to be confused with Cybertron Raids), Nexus works in two ways: 1) Nexus enhances all damage from your Combiner including DPS and Special Ability if the bot with Nexus attached is launched before your Combiner and 2) if the base has a defensive Combiner, Nexus enhances all DPS and Special Ability inflicted by your squad against the defensive Combiner.

The example being, your squad attacks a base. All eight bots are launched including the bot with Nexus attached. Your bots pop the defensive Combiner, that Combiner will now take X% more damage from all eight bots (assuming no healer). In addition, your Combiner will also now inflict X% of additional damage to the base, outposts or defensive Combiner.

Also of note, if you are utilizing a Combiner in Cybertron Raids, the Combiner will receive 50% less damage if the bot with Nexus attached is launched prior to the Combiner.

On offense, attach Nexus to a bot that does not need a Power Core to enhance their Special Ability to achieve one-shot capabilities such Tracks & Cutthroat, Onslaught/Sky Burst or a healer. On defense, be sure to select a bot that has some significant health in order to make sure the outpost is alive long enough in order to maximize the effect on Nexus on the defensive Combiner. A Warrior like Tantrum or Special like Megatron/Optimus Prime are good candidates.