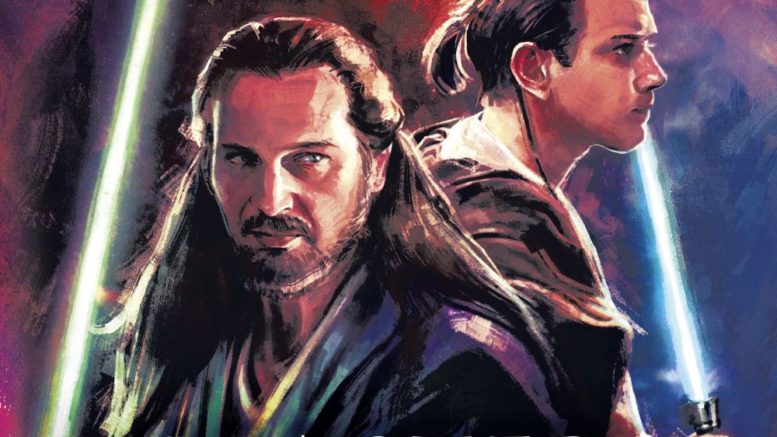 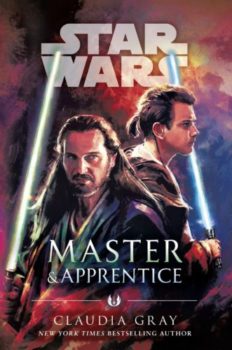 Master & Apprentice was released in April 2019, just after Star Wars Celebration in Chicago and is written by Claudia Gray, author of canon novels Lost Stars, Bloodline and Leia: Princess of Alderaan.

The story begins seven years prior to Episode I: The Phantom Menace and centers around Qui-on Jinn and his Jedi apprentice, Obi-Wan Kenobi. According to officially published descriptions:

An unexpected offer threatens the bond between Qui-Gon Jinn and Obi-Wan Kenobi as the two Jedi navigate a dangerous new planet and an uncertain future.

A Jedi must be a fearless warrior, a guardian of justice, and a scholar in the ways of the Force. But perhaps a Jedi’s most essential duty is to pass on what they have learned. Master Yoda trained Dooku; Dooku trained Qui-Gon Jinn; and now Qui-Gon has a Padawan of his own. But while Qui-Gon has faced all manner of threats and danger as a Jedi, nothing has ever scared him like the thought of failing his apprentice.

Obi-Wan Kenobi has deep respect for his Master, but struggles to understand him. Why must Qui-Gon so often disregard the laws that bind the Jedi? Why is Qui-Gon drawn to ancient Jedi prophecies instead of more practical concerns? And why wasn’t Obi-Wan told that Qui-Gon is considering an invitation to join the Jedi Council—knowing it would mean the end of their partnership? The simple answer scares him: Obi-Wan has failed his Master.

When Jedi Rael Averross, another former student of Dooku, requests their assistance with a political dispute, Jinn and Kenobi travel to the royal court of Pijal for what may be their final mission together. What should be a simple assignment quickly becomes clouded by deceit, and by visions of violent disaster that take hold in Qui-Gon’s mind. As Qui-Gon’s faith in prophecy grows, Obi-Wan’s faith in him is tested—just as a threat surfaces that will demand that Master and apprentice come together as never before, or be divided forever.

My overall opinion of Master & Apprentice is very positive. While I have read Claudia Gray’s work in the Star Wars canon novel Bloodline, I must say that this book really impressed me. While not quite on the level as the two Thrown novels that are canon, this book is definitely in that second tier as I found it hard to put down. I read this novel as quickly as the Thrawn novels by Timothy Zahn as well – it took me just 6 days to complete this book which is more notable considering I am completing this review on Easter weekend and my family, although wonderful, are home from school and significantly slow down my ability to read. Overall I found this to be a very good read and I give it a rating of 9 out of 10.