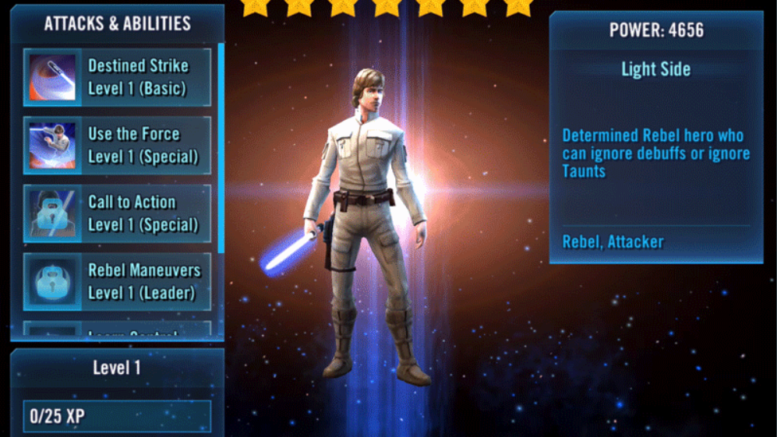 Continuing the Relic Review series, this article will take a look at Rebel leader Commander Luke Skywalker and his Relic, the Lightsaber. As always these reviews compare a character at Relic level 0 to Relic level 7 and mods are not factored in.

Starting off, Luke gains a slightly below average Health increase of 17,910. He also receives a 11.7% Armor and a 7.16% Resistance increase to add to his survivability.

Commander Luke Skywalker is a high value character across the game and the best leader by far for the Rebel faction. He is often paired with Han Solo and Chewbacca in Territory Wars and GAC, especially in 3v3 in the Grand Arena Championships, and as the game progresses he could see added value from future characters. I firmly believe he will be a very useful character for quite a long time. In addition the stat increases from his relic are fairly impressive. Because of these considerations, I am putting Commander Luke Skywalker in the middle area of the High Priority tier.