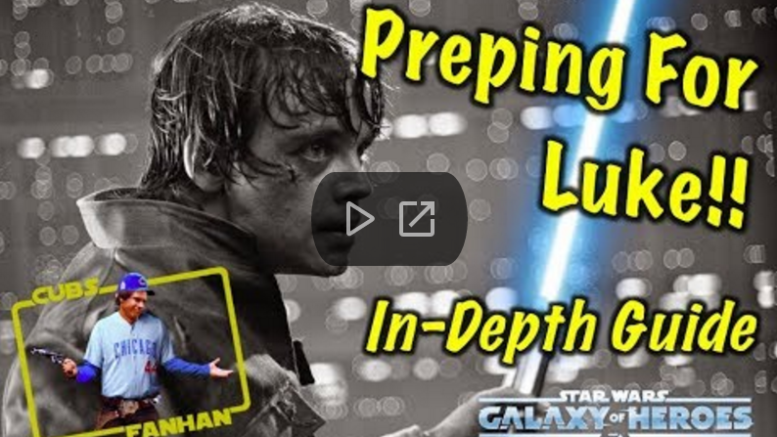 In his latest YouTube video, Cubs Fan Han brings us his Prepping for Luke video for Star Wars Galaxy of Heroes. Set to be released in a special SWGoH Luke Skywalker event in August, Commander Luke looks to be the most OP character the game has ever seen. Remember, it was Cubs Fan Han who told us more about Commander Luke’s kit last week and he is the guy who suggested the Squad Arena team that Vaulted me Back atop My Shard on July 4th, so you know this video will be packed full of quality information.

Check out the Prepping for Commander Luke Skywalker video from Cubs Fan Han below. 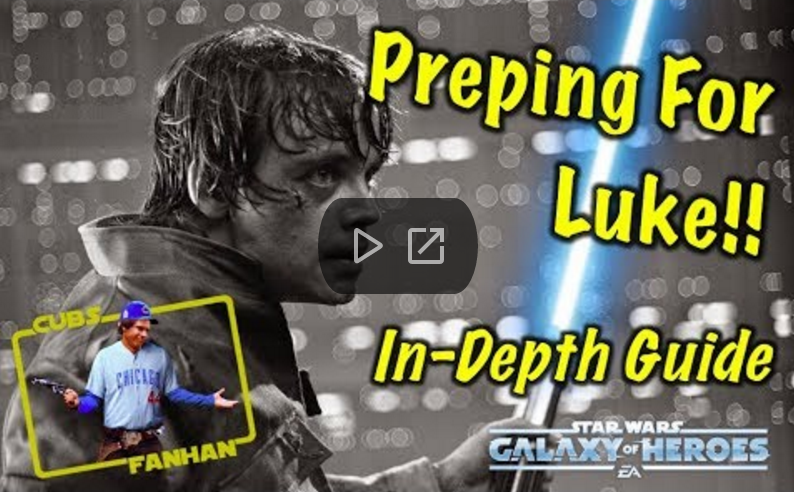 Daring Droid: Tips for Success in the SWGoH R2-D2 Event

3 Comments on "SWGoH: Preparing for Commander Luke – An In-Depth Guide!"