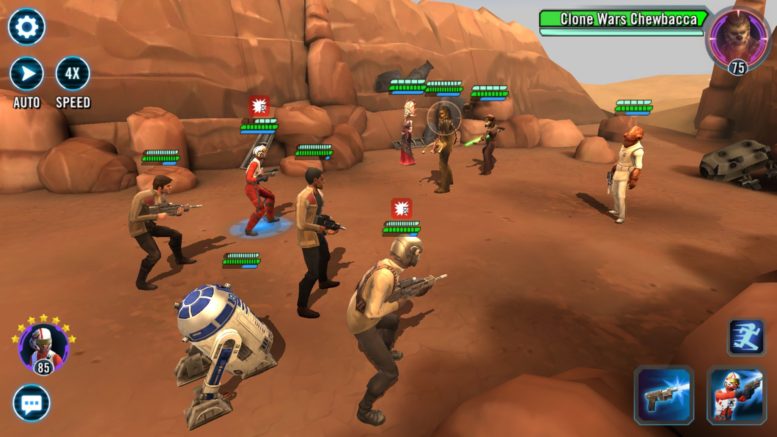 Continuing the SWGoH Relic Review series, this article will take a look at Resistance Pilot and her Relic, the Glie-44 Blaster Pistol. As always these reviews compare a character at Relic level 0 to Relic level 7 and mods are not factored in.

To start on the survivability side, Resistance Pilot gains an average Health increase of 17,910. However her 13.04% Armor and 9.11% Resistance increases are quite good to help keep her in the battle longer.

Offensively speaking, Resistance Pilot gains a large Physical Damage increase of 2,884. The 33.92% Physical Critical Chance increase is also very impressive and has increased value because Pilot gains 25% Turn Meter whenever she critically hits. Finally she gains a 13.5% Critical Damage boost to make all of those grits hit harder.

Resistance Pilot has very good stat increases from her Relic. However, her damage output is very low to begin with and she has little viability overall or on a Resistance team. While this may change when Galactic Legend Rey joins the game, this leads me to place her in the middle area of the Low Priority tier. If you are working towards the first ever Galactic Legend events, this Relic moves to the middle area of the High Priority tier since Resistance Pilot is one of the requirements.

Be the first to comment on "SWGoH Relic Review: Resistance Pilot"