Galactic Legends Events in Star Wars Galaxy of Heroes are newly-added events taking place for the first time in 2020 that can be played at any time, but have very steep requirements. Galactic Legend characters will have the ability to impact the Mastery stats that were added with the addition of Relics to SWGoH, and are designed for end-game players.

Note that we have linked the mod guides and Relic reviews for each character required beside their names. Each active link has been reviewed to ensure the content is updated given the age of this game. 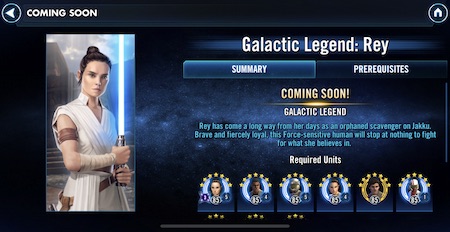 CLICK HERE to view our live blog / walkthrough of the Galactic Legend event to unlock Rey which will begin on March 31, 2020. 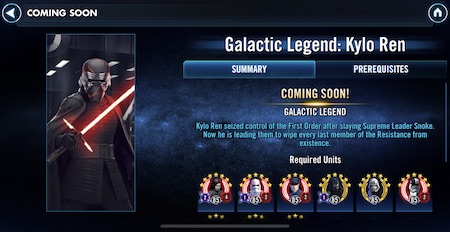 Our live blog / walkthrough of the Galactic Legend event to unlock Supreme Leader Kylo will likely take place in June 2020.