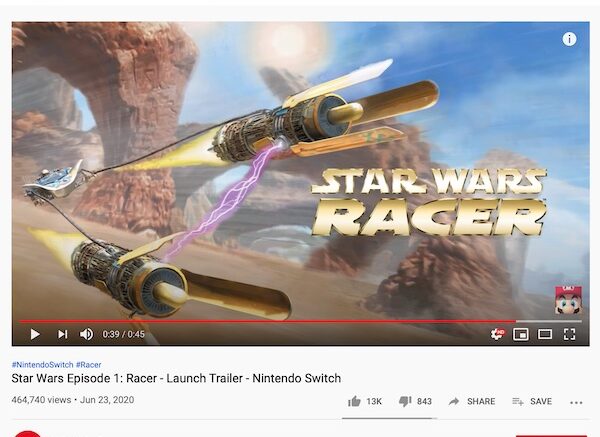 Star Wars fans who played N64 and PC games in the late 1990s will be happy to know that a popular Episode I game, Star Wars Racer, is now available once again. With refreshed, modernized graphics, the pod racing from The Phantom Menace has been brought back to life thanks to the Aspyr, a Texas-based gaming studio that was founded in 1996.

Having now downloaded and played the game through a few times, Star Wars Racer definitely has limitations. Only two players can play at a time and online multiplayer is not an option, and as a $15 download on the Nintendo Switch some may see the price as a bit steep. But when you compare it to today’s mobile games like Star Wars: Galaxy of Heroes and so many other titles where $15 will barely get you one piece of gear for a character, that amount seems quite reasonable to have another Star Wars game to play.

Gameplay is basically what you would expect it to be – it is a racing game and you have to avoid obstacles and master the courses. All in all it is another fun Star Wars themed game that many die-hard fans will undoubtedly run out to download.