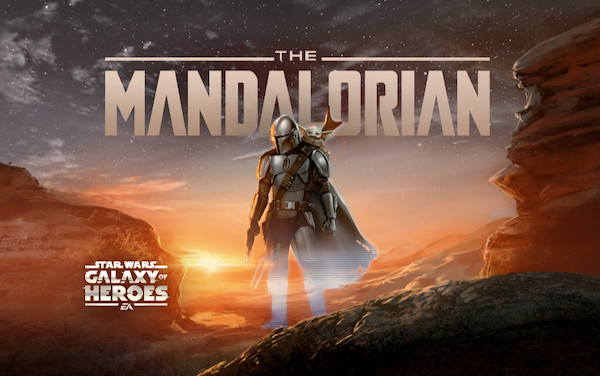 WARNING! Potential spoilers for Season 2 of The Mandalorian are ahead! Do not continue if you have not seen the entire season just to be safe.

Season 2 of The Mandalorian has followed Mandalorian foundling Din Djarin on his quest to return The Child, who we now have a name for, to “his kind” – basically the Jedi. While the Season 2 rumors coming in were that we would see a lot more Star Wars lore and historic characters introduced, the worry was that these would felt forced into the storylines. Oh we of little faith! We should have known that Jon Favreau and Dave Filoni have things covered, and, if this is what the future of Star Wars is going to be, we can all sleep better at night. The Season 2 storylines did not disappoint, the new/old characters were introduced cleverly, and while some questions were answered, a great many new questions now exist.

Note that when a Star Wars TV series, cartoon or live action, is ongoing, the developers at EA Capital Games have limitations on who they can add and when. For example, when the Phoenix Rebels were added to SWGoH the characters and ships were added in their Season 3 versions even though Season 4 had already started at that time. Thus, we got Kanan with the mask on, Ezra with short hair and Sabine with purple hair. So as we look at The Mandalorian, we only have Season 1 characters released in-game with another Season 1 character, The Armorer, coming soon. With this is mind, here are a few characters we could see added in Galaxy of Heroes as a result of Season 2 of The Mandalorian:

Ahsoka Tano – We last saw Ahsoka Tano as Fulcrum, the Rebel informant and contact for Phoenix Squadron in Star Wars Rebels. In The Mandalorian she is about 45 years old and it has been about 9-10 years since the Rebels series. The last version of Ahsoka we go in-game was just fan service, adding her as a Rebel and nothing more, with no synergy with anyone in the game really. She is not even useful on Mon Mothma teams because she is not a Rebel Fighter in SWGoH. Another Ahsoka seems likely, but given her new series is in the works I expect we will have to wait until its release before another version is added in Galaxy of Heroes.

Bo-Katan Kryze – While we could easily have a Clone Wars version of Bo-Katan in SWGoH already, it seems likely that she will join the game when Season 2 of The Mandalorian is “unlocked” to EA Capital Games. Odds are that may not be until late 2021 as they start to hype up Season 3 which debuts in December 2021, but recent talk is we may see more in early 2021. When she does come to Galaxy of Heroes, I expect we will begin to see a Mandalorian tag and synergy added to the game.

Fennec Shand – This Bounty Hunter could, like Bo-Katan above, already could be added given her role in Season 1. Given the constant evolution of the Bounty Hunter faction, adding her in late 2021 could be a nice refresh to that faction and a synergy with Bob Fett, or even a new Boba Fett version, would be outstanding.

Migs Mayfeld – Another Season 1 character that could already be in-game if they wanted, I doubt we ever see Mayfeld added to SWGoH unless he appears in future episodes of The Mandalorian. Other than a Scoundrel tag, I am not quite sure where he would fit as an ex-Imperial unless a new faction tag is created.

Cobb Vanth – While he only appeared in a single episode, the first of the season, Cobb Vanth is a unique character who likely will not make it to SWGoH unless he sees more screen time. Of course The Book of Boba appears to be taking place, at least in part, on Tatooine…

Dark Trooper – This seems like the most obvious character addition we will see from Season 2. Unless another Stormtrooper variant is added to the Empire, I expect the Dark Trooper as a Droid, Empire and Imperial Trooper which can eat hits like Enfys Nest and deal serious damage as well to further enhance the Imperial forces.

So who will we see in Galaxy of Heroes in the next year? Honestly, your guess is as good as mine, but a few of these names above could be really intriguing.