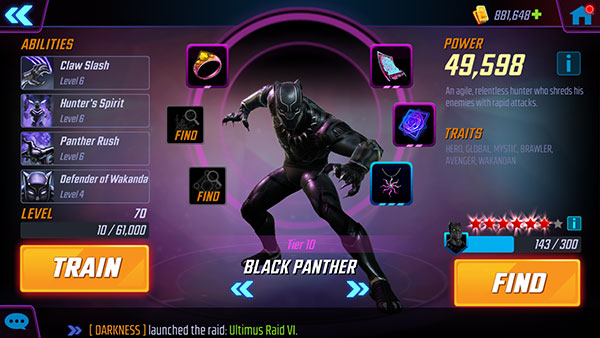 As part of the Marvel Strike Force Envoy program, Gaming-fans.com is pleased to announce that three characters are set to gain the new War Dog faction tag in the upcoming Version 6.5 update. These three characters are Shuri, Black Panther and Okoye, all currently also members of the Wakandan faction. One can logically assume that this will mean the expansion of one or both of these factions with the new Black Panther: Wakanda Forever movie set to be released in November.

The addition of the new faction tag does not come without changes to the characters’ kits. Each will gain War Offense bonuses similar to some of their Crucible bonus stats, and Shuri gains the ability to clear Heal Block, one of the best ways to counter this faction consistently.

More about the War Dog faction along with Black Panther, Shuri and Okoye is expected in the next update on MarvelStrikeForce.com.