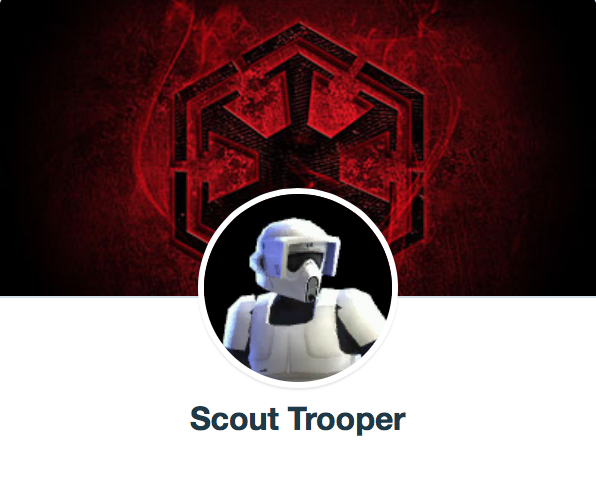 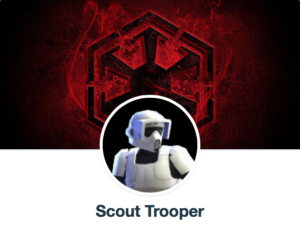 Imperal Precision (basic): Deal special damage to target enemy and inflict tenacity and offense down until the end of Scout Trooper’s next turn. Rebel enemies cannot resist or evade this attack and take bonus damage equal to 10% of their max health.

Strike From Afar (cooldown 2): Call a target ally to assist on a target enemy and gain 100% turn meter. Deal 35% more damage if the enemy was above 50% health, buffed, debuffed or a rebel. Then, Scout Trooper gains stealth and advantage for 2 turns.

Smoke Grenade (cooldown 3): Deal special damage to all enemies and inflict evasion down, offense down, healing immunity and speed down for 2 turns. Rebel enemies cannot resist these debuffs and also lose 25% turn meter, doubled on a critical hit which also cannot be resisted. Then, scout trooper gains stealth for 2 turns. If he already had stealth, 2 target empire allies gain stealth for 2 turns.

Enhanced Reflexes (unique): Scout Trooper has +50% counter chance and gains advantage and stealth for 1 turn whenever he attacks outside of his turn. Scout trooper gains +10% critical chance and +2.5% evasion for each empire ally.

Imperial Trooper allies gain +10% of all of Scout Troopers stats whilst he is active.

Imperial Trooper allies gain 20% of all of Scout Trooper’s stats whilst he is active.

You and me both!