Rugged, combat-equipped repulsorcraft, Republic attack gunships rained down blistering barrages of laser and rocket retribution against the droid forces of the Separatists.

The LAAT is a Republic reinforcement in Star Wars Battlefront II. Using battle points a player can be placed into a bubble turret of an LAAT gunship.

The turret is powerful and deals great damage to droid vehicles and units. 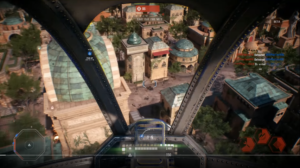 Inside the LAAT turret

The LAAT has three abilities to assist it in combat:

The LAAT should be used for clearing out large groups of enemies around an objective.

They should also be used on droid ground vehicles including the MTT in Galactic Assault.

Click on the thumbnail below to  be taken to my video on the LAAT gunship: 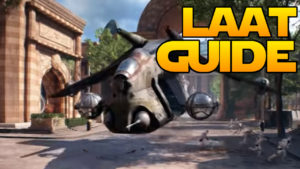 Be the first to comment on "Star Wars Battlefront 2: LAAT Gunship"