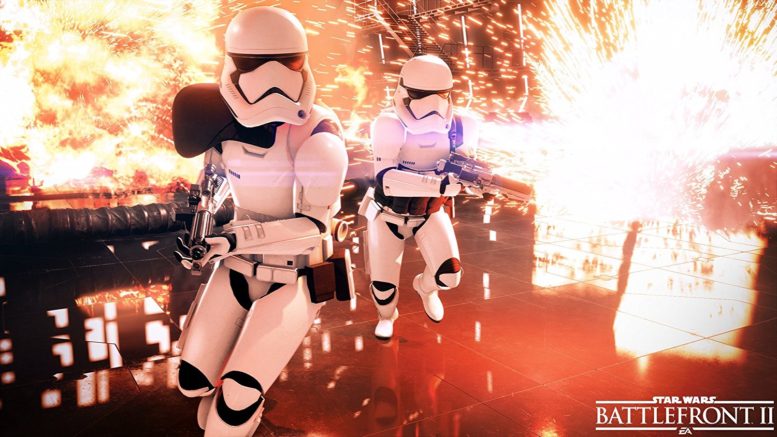 Welcome to the Battlefront II 101! In this post I want to give you beginner tips for Battlefront 2. The holiday season means that there will be many new players arriving to the game and I want to help players both new and old be the best they can at the game. So if you’re new to the game or your skills are a little rusty this is the post for you!

The first you have to pick when you load up a game of Battlefront 2 is a class. Both the infantry and ships have different classes that have different abilities, health and playstyles. For example: The heavy class has 200 health which is twice as much as the specialist’s 100 health. Visit the Battlefront 2 tab on this website to learn more about a specific infantry or vehicle class. 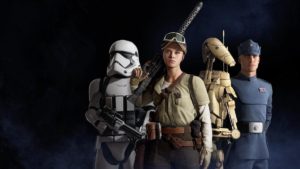 If your blaster does overheat there are two different things you can do. You can be safe and let the blaster cool itself down or you can time the indicator correctly on the blue or yellow sections. The blue area instantly cools down your weapon and the yellow allows you to fire for a short  time without overheating.

Objectives are a very important part of every game mode in Battlefront 2. Keep an eye out for objective markers, you may have to override, disable, or destroy an object to move to the next phase. Playing the objective grants you more score and battle points as well as helps your team. 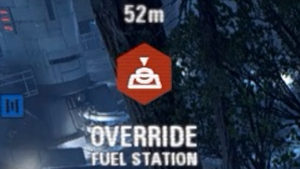 You earn battle points by doing literally anything in a game (even dying!). Earned battle points can be spent on vehicles, special characters, and heroes. So if you can get battle points fast you can snag that beloved hero and probably die in less than a minute.  Heroes are the most expensive things you can get with battle points ranging up to 8,000 while some vehicles are extremely cheap, as low as 200.

Spawn waves are very important gameplay wise. You can see players in your spawn wave outlined in yellow and as yellow dots on the minimap. The yellow section above your health shows the players in your squad that are currently alive and the little meter fills up the mre score your spawn wave gets. One the meter has the “2x” symbol on it you are earning battle points at double the rate.

Infantry units can roll by double double tapping the crouch button which is “B” on the Xbox One. You can roll in any direction but you cannot shoot while rolling. All units have a dodge animation be it a jetpack for jump troopers or a force dash for Emperor Palpatine. Use the dodge if you want to escape enemy fire and get to cover.

That brings this page to a close. I hope you leaned something new and please let me know if you did. Be sure to check out the Battlefront 2 tab for in-depth guides and subscribe to my YouTube channel, StarWarsGaming. Enjoy the game and may the Force be with you!

Be the first to comment on "Battlefront II 101: Beginner Tips"